In the lead-up to the May election, opponents of the ballot measure to reinstate Austin’s camping ban argued that it would be cruel for the city to begin jailing people who were unable to afford housing.

Nearly six months since voters approved the ban, that has not happened. Not a single person has been arrested and booked into jail for sleeping in a prohibited area or for violating two related prohibitions, according to records from the city.

But that day is likely coming.

In an attempt to reduce the spread of the coronavirus in the Travis County Jail, criminal court judges since the start of the pandemic have held off on issuing arrest warrants for people who miss court appearances for low-level misdemeanor offenses. That includes the three Class C misdemeanor citations that accompany alleged violations of the camping ban — infractions that can also include panhandling during prohibited hours and sitting or lying down in public places.

After a recent drop in COVID-19 cases and hospitalizations in the Austin area, discussions have focused on when to resume arrests for failing to appear in court. Municipal Court Judges Michael Coffey and Sherry Statman said they will monitor the situation through the holiday season, with the possibility of issuing warrants again at the start of 2022.

“I couldn’t give you an exact date,” Coffey said. “But it’s not likely before the end of the year.”

Statman said, “That’s going to depend on the continuing decline of COVID cases.”

As of last week, the jail had 1,760 inmates in custody, a total that is lower than the typical pre-pandemic day, but higher than on some days early in the pandemic. Austin this past week was in Stage 3 of its COVID-19 risk protocols. The city had spent most of August and September in Stage 5, which is the highest-risk stage.

Coffey presides over the Downtown Austin Community Court, which is on Barton Springs Road at One Texas Center. In addition to offering social services to the city’s homeless community, the court also works with that population to resolve low-level offenses that are alleged to have occurred in and around downtown and in the West Campus area near the University of Texas.

The court has not held a docket during the pandemic, with officials concerned that doing so might lead to an outbreak in illness among the homeless population, of which many members are medically vulnerable and have underlying health conditions. As a result, there are no scheduled court appearances, which mean people who are issued citations can come to court to resolve their cases but are not obligated to do so at this time.

The same is not true at Austin Municipal Court, where Statman and other city judges are holding dockets involving everything from traffic violations and public intoxication cases to cases involving the homeless community that are not immediately routed to Coffey’s Downtown Austin Community Court. (Cases filed at the Municipal Court are eventually moved to the community court.)

To this point, 19 cases involving homelessness-related offenses have been ruled delinquent, meaning the person who received the citation did not show up to their court appearance. Of those cases, 15 would be eligible for arrest under nonpandemic circumstances.

Before the court resumes issuing arrest warrants, it first must send a notice to those individuals — a step made more difficult because people living unsheltered often do not have a reliable mailing address.

In Texas, the penalty for a Class C misdemeanor can reach up to a fine of $500. For Austin’s homeless population, deferral options are typically offered in lieu of a monetary fine. Those options can include completing community service, participating in case management services, obtaining identification documentation, signing up for public benefits, completing a coordinated assessment, participating in substance use treatment, or participating in other social services that meet an individual’s needs.

Only people charged with an offense higher than a Class C misdemeanor are entitled under law to an attorney for free if they cannot afford one for themselves. Thus, if a homeless defendant wants to a fight a case, they typically have to do it on their own without a lawyer.

Local defense lawyer Amber Vazquez said that members of the homeless population often do not make court appearances because they lack transportation. Although the community court is centrally located, the Municipal Court is not. It moved early in the pandemic from downtown Austin to a location on Burleson Road, south of Ben White Boulevard.

“The public transportation that we do have is a labyrinth I can’t even figure out when I try to take the bus,” Vazquez said. “I think it’s asking a lot for people experiencing homelessness to navigate that model of transportation.”

Angelica Cogliano, another defense lawyer who has represented homeless individuals, said she’s come across defendants who have skipped court appearances out of fear of leaving their belongings unprotected.

“The idea of losing everything they own is much, much more scary than having a warrant out for them,” she said.

The impending threat of jail time for homeless people comes as city leaders continue to struggle with how to find housing options for the roughly 2,000 people estimated to be living unsheltered in the city.

Lack of housing was cited as a key reason behind the City Council’s 2019 decision to lift the citywide camping ban in the first place. Arrests, some council members suggested, stand as a barrier to getting a job or obtaining housing — two things seen as critical to people trying to exit homelessness.

According to data provided by the city, 350 arrests were made in 2018 after the issuance of a warrant for failing to appear on one of the three homeless offenses — 88 for panhandling involving 57 different people, 152 for sitting or lying down involving 117 different people, and 110 for camping involving 80 different people. The total number of arrests dipped to 105 in 2019, when the laws were in place for only the first half of the year.

About 150 people were moved from four large encampments and into hotels this summer under the first phase of a City Council housing initiative known as HEAL. The second phase is to begin in November, but most details have not been announced. A proposal to open city-sanctioned campsites was killed this summer when the City Council, led by two members up for reelection in 2022 — Natasha Harper-Madison and Paige Ellis — decided to scrap the plan after community pushback. Last year, an effort to purchase and operate a massive tent shelter by the Austin Chamber of Commerce collapsed due to a lack of funding.

Recently, Travis County commissioners agreed to spend $110 million in federal funds to create 2,000 new housing units with services for homeless people. That followed a commitment by Austin city leaders to spend $106 million in federal money for the same purpose. But it will likely take years before those units are available, leaving most of the city’s unsheltered population with few options other than to continue to live illegally under overpasses, along sidewalks and in public parks.

As of mid-October, Austin police had issued a total of 140 citations for homelessness offenses under the city’s reinstated ordinances and a new statewide ban against camping. Two were resolved through a deferred disposition, a form of probation, and three were dismissed for a variety of reasons. In one, a person pleaded to a higher charge. In another, there was insufficient evidence to meet a solicitation charge. Another was dismissed when the cited individual received social services and was provided with housing.

Sat Oct 30 , 2021
Play video content TMZ.com Life is getting back to normal and that means it’s about time for a much-needed vacation … and TMZ has you covered with some amazing vacation packages!!! All you have to do is watch “TMZ on TV” and “TMZ Live” weekdays for your chance at our […] 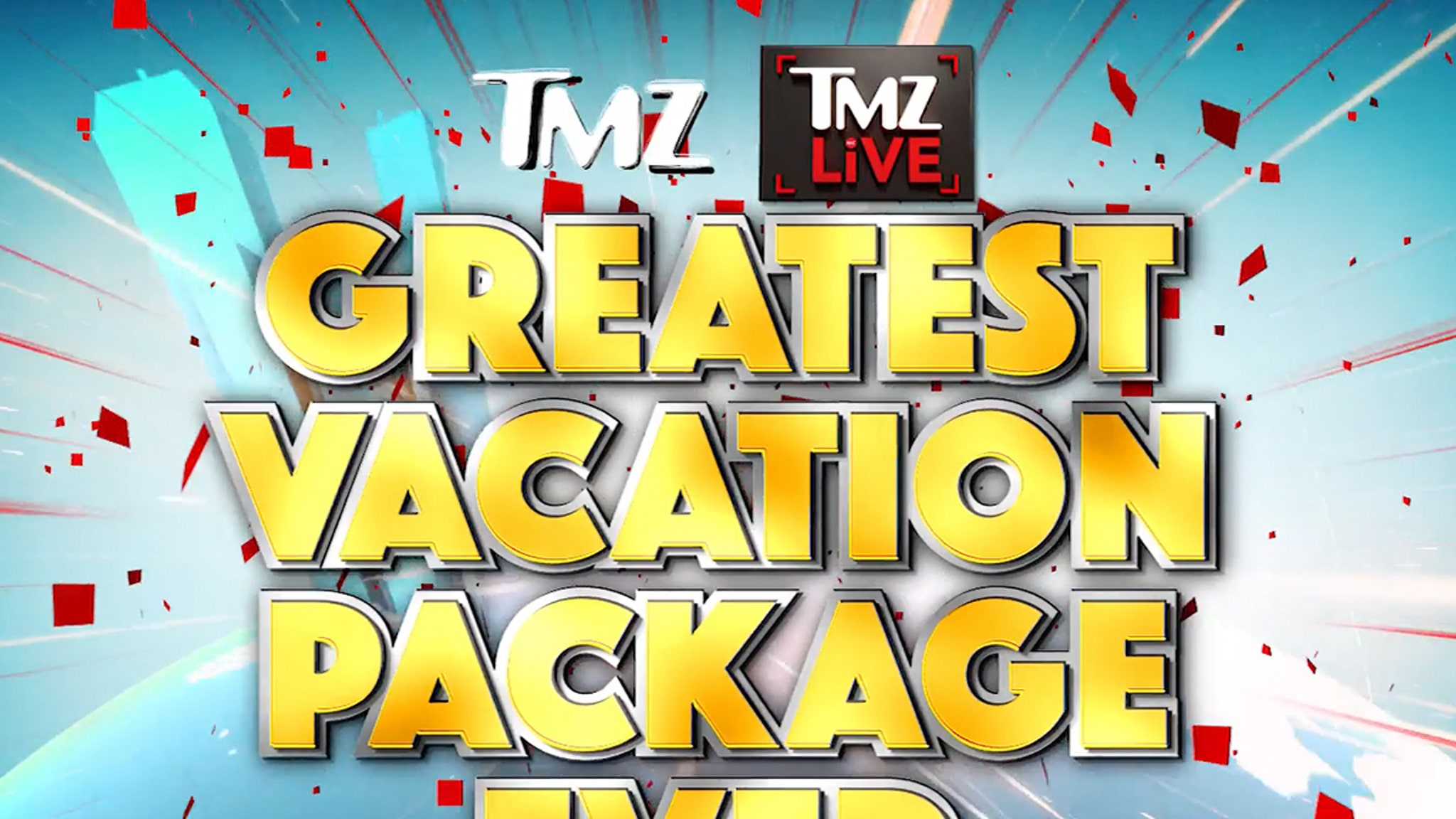