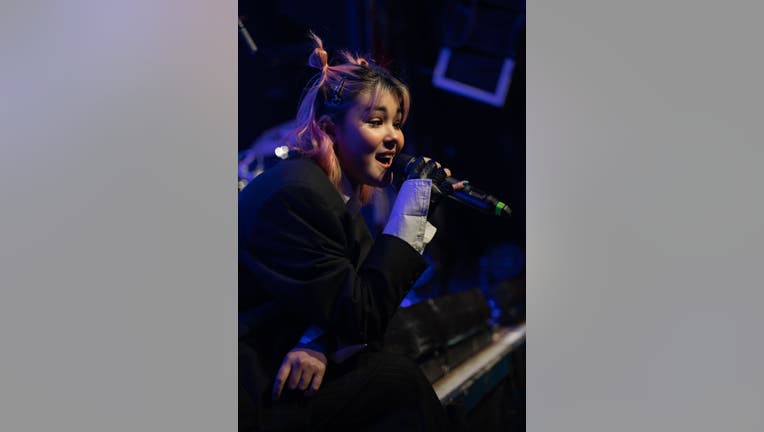 OAKLAND, Calif. – When Bay Area-born pop vocal sensation Audrey Mika decided to hit the road for a multi-city music tour, she did what she’s done countless times in her life and turned to the people she depended on the most: her family.

Her father, Scott Armacost, said he and his wife, Miho, received a call from their youngest daughter last month when she “essentially hired” them as managers to help her on an 18-city tour opening for Korean-American international singing star Eric Nam.

“Of course we said, ‘Yes!’ – got the schedule and dove in head first,” the Oakland father shared on Facebook, where he’s provided a detailed and entertaining behind-the-scenes account of life on the road for the newbie tour managers.

“Well, Miho and I both have a ‘little’ experience planning things, but had we ever managed a musical tour before?  Of course not! But why let details interfere?” he asked, as he shared about how the couple set out on a musical journey to join their daughter à la the 2022 version of the Partridge Family.

Armacost went on to describe how they hit the ground running, and within three days of getting “hired,” got busy and arranged flights, booked places to stay in more than a dozen cities, and secured a large van to haul luggage, the tour crew and musical equipment. The rest, he said, would be figured out on the road. 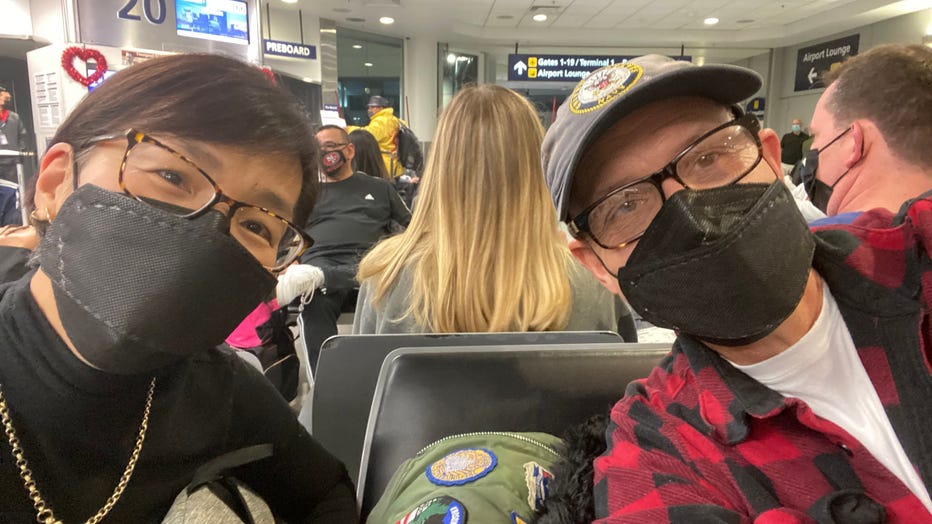 On Feb. 11, 2022, Scott and Miho Armacost left from Oakland Airport to join their daughter vocal star Audrey Mika for an 18-city tour.

On Feb. 11, the Armacosts flew out of Oakland Airport to start their new job as tour managers in Columbus, Ohio, where their daughter would have her opening night at the famous Newport Music Hall.

The managing team would become even more family oriented with their older daughter, Sammi, flying in from Minnesota to surprise her sister and join them for parts of the tour.

Mika’s parents arrived at the venue right before sound check and got to experience that first memorable night on tour. Armacost described what it was like to see his daughter on stage for the opening act.

“Sound, lights, and stage were incredible,” he shared. “Audrey sprung out at 7:30pm to a packed house of screaming NAM-ites – most of whom were hearing her music for the first time.  She crushed it and Eric’s program was absolutely incredible – no wonder most of the next 17 dates are sold out!”

Opening night in Columbus was set to be followed by 17 more shows, covering some 5,000 miles of driving. And along the way, Armacost has shared candid moments of watching his daughter on stage as well as the moments in between performances, as he’s taken every opportunity to take in the sights.

He’s posted photos and written about some of the most storied music halls as well as some of America’s most popular landmarks, including the Boston Red Sox’s Fenway Park, the George Washington Bridge spanning New York’s Hudson River, and the historic Independence Hall in Philadelphia. Through his musings, he’s also served as a travel writer of sorts sharing about both those famous sites along the way, as well as some not so famous landmarks.

In an entertaining post on Feb. 20, he wrote, “Like Dads everywhere, I’ve always tried to make our roadtrips memorable by way of showcasing the magnificent beauty of our country and some of its sights that make us all who we are today. Sure, you’ve got your Grand Canyons, Yellowstone NPs, Giant Sequoias,” he shared.

Then he joked, “but I’m talking about the stuff you NEVER forget like the Biggest Ball of Twine in Darwin, MN, ‘Salem Sue’ – the world’s biggest holstein cow in New Salem, ND, the Star Plunge water slide at Thermopolis, WY (and Atlantic City, WY in general), the giant flatiron in Asheville, NC, and, of course, the Corn Palace in Mitchell, SD.” Armacost said he’s been using a travel app help to help identify some of these “must see” attractions.

Armacost, who’s a U.S. Navy veteran, has also taken the opportunity on this journey to visit old friends including Navy buddies and former classmates.

The posts which read like a journal and colorful documentation of this special experience with his family, also included touching moments they shared. One of the many sweet photos he posted showed his wife with his daughter, as the mother helped the singing star with her show costume. In the caption he wrote, “Costume essential skills training: the necktie…” 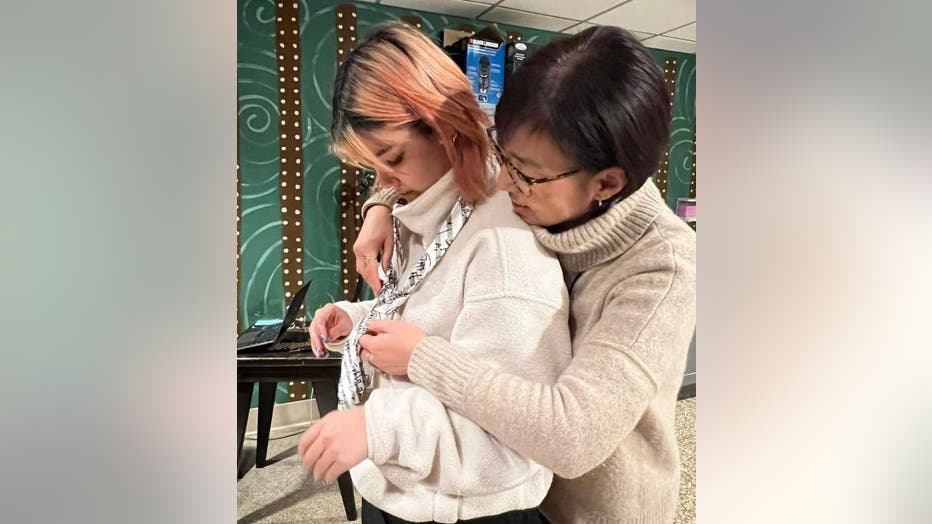 Miho Armacost helping her daughter with her on stage costume.

Other images included his exhausted daughter sleeping while on the road and sweet photos of her with her dog Marvin, a Miniature Dachshund who’s also accompanying them on the trip.

And on Feb. 22, he posted a photo of the four family members getting ready for bed, all crammed in a bathroom, as he humorously wrote, “As I’ve ALWAYS said, ‘The family that brushes/flosses together, stays together.’” 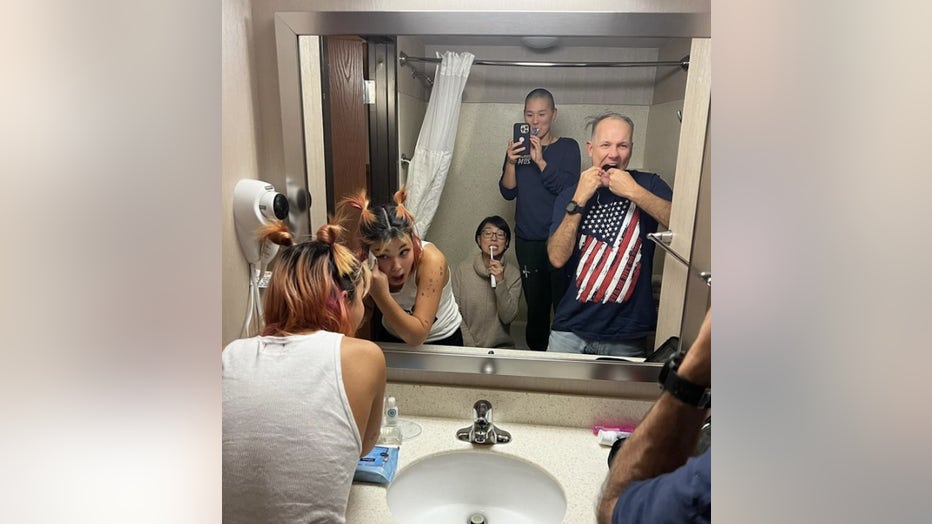 Scott Armacost posted this photo on Facebook on Feb. 22, 2022, with the caption: “As I’ve ALWAYS said, ‘The family that brushes/flosses together, stays together.'”

There have also been plenty of photos of Mika performing on stage and meeting with fans after the shows.

And with each post the proud dad, who for every performance got a front row seat, recounted how his daughter took the stage and gave the audience what it came for. At Boston’s House of Blues, he shared, “Audrey came out to over 2000 enthusiastic fans and just nailed it.  It was the biggest crowd so far – by half – and the stage itself was 3-4 times bigger than anything else Audrey had ever performed on as a singer.”

He went on to note that after three days of resting her voice, she “came out strong and had the room in the palm of her hands almost immediately.”

He said the show was good preparation for what would be next and possibly the biggest night of the tour when she and Nam performed at New York City’s Terminal 5 music venue.

At that show, which was attended by almost 3,000 fans, Armacost described a stressful moment during his daughter’s set when a young woman passed out on the floor.

“Audrey calmly stopped her performance in mid-syllable and made sure she was attended to by the on-scene medic. Then, after asking everyone if they were OK to continue, she and Cam just dialed in the next song and finished her performance as if nothing at all had happened.”

The dad described how it felt as parents to watch his child deal with this scary moment.  “Miho and I were so proud of Audrey for keeping her poise and not allowing the situation to become something worse. She left the stage to fans chanting her name – something, I gather, doesn’t happen often for opening acts.”

Last week, the tour stopped in Philadelphia for sold out shows at the Theatre of Living Arts, which the dad said was packed with “genuine fans” who came out to show their love for his daughter.

The tour, now more than halfway through, was scheduled to make stops in eight more cities including Raleigh, North Carolina where a show was set for Tuesday night. Mika’s shows with Nam were scheduled to wrap up in Austin on March 12, and the Armacosts, by then, a well seasoned tour managing team, planned to return home to Oakland.

Meanwhile, fans can expect to get more from the proud dad as he and his family closed out what might be the most interesting, most exciting and adventurous family-bonding trip they’ve ever taken. 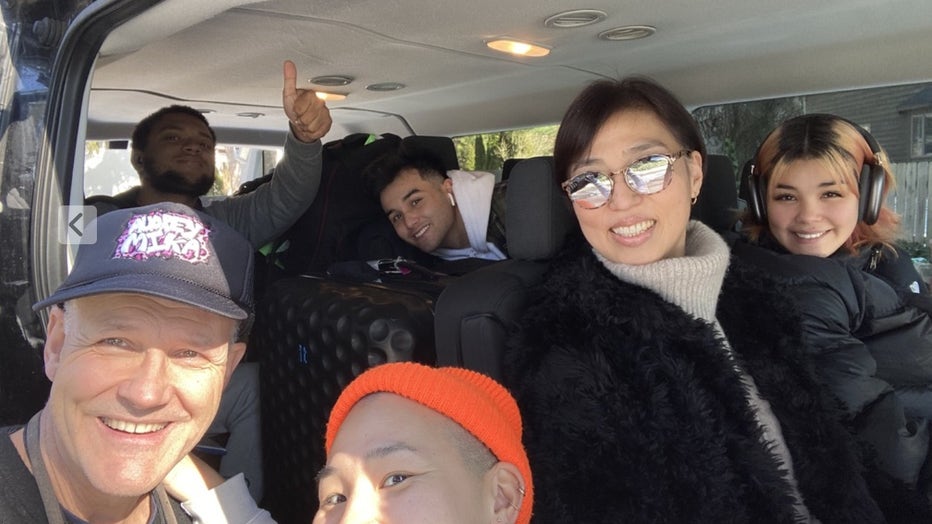 Scott, Miho, and Sammi Armacost, along with Audrey Mika, and band members on an 18-city U.S. tour. (Scott Armacost) 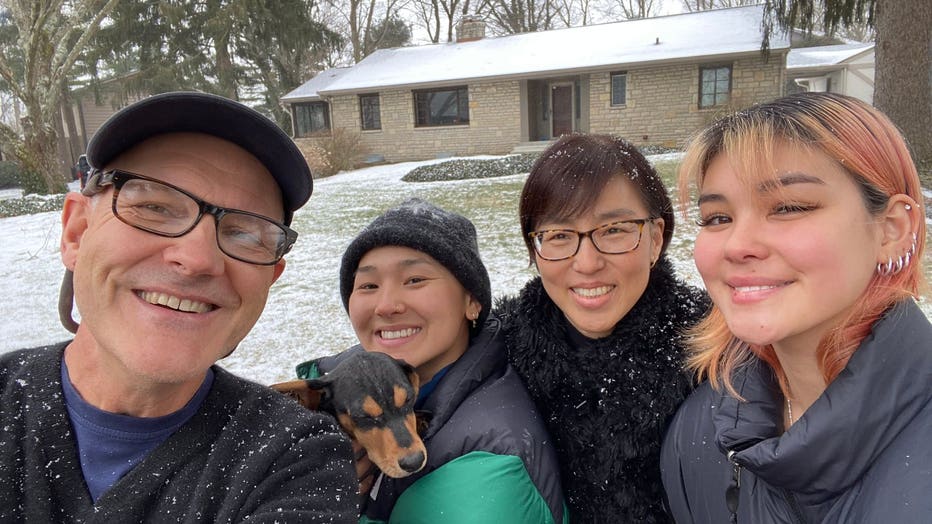 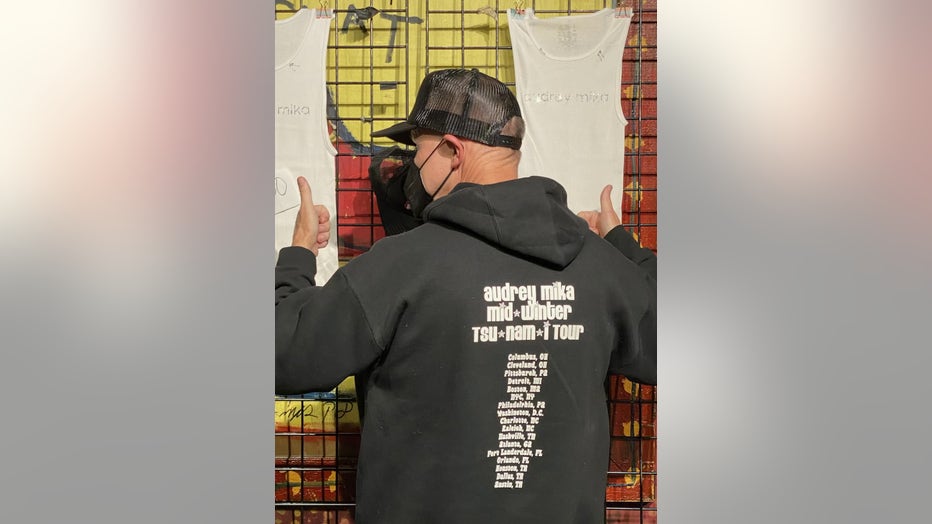 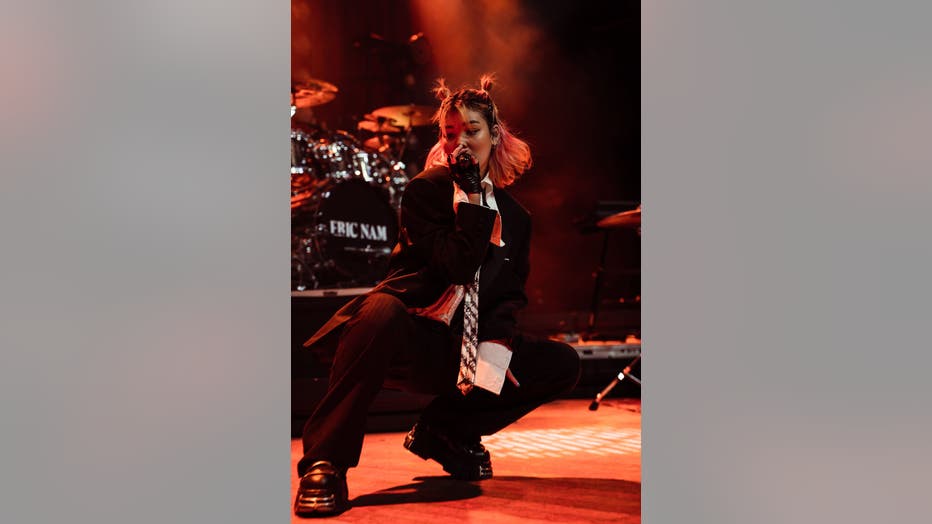 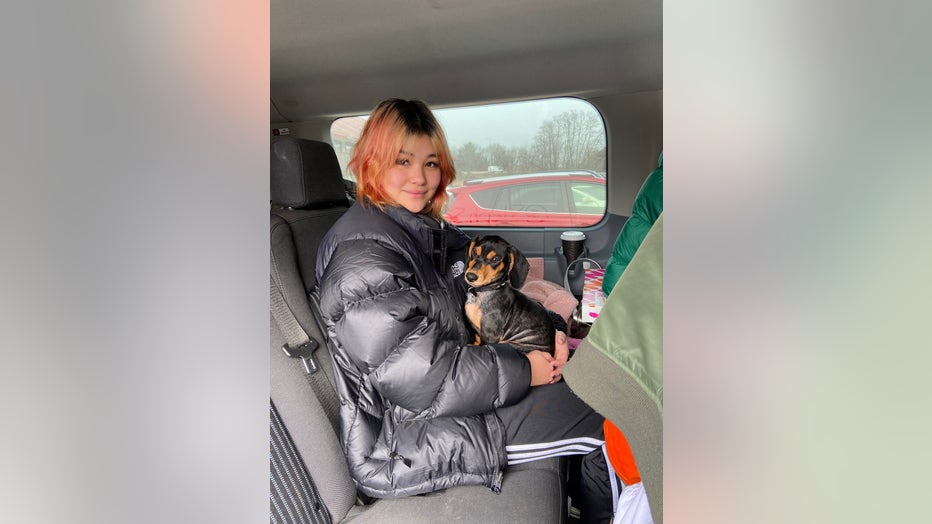 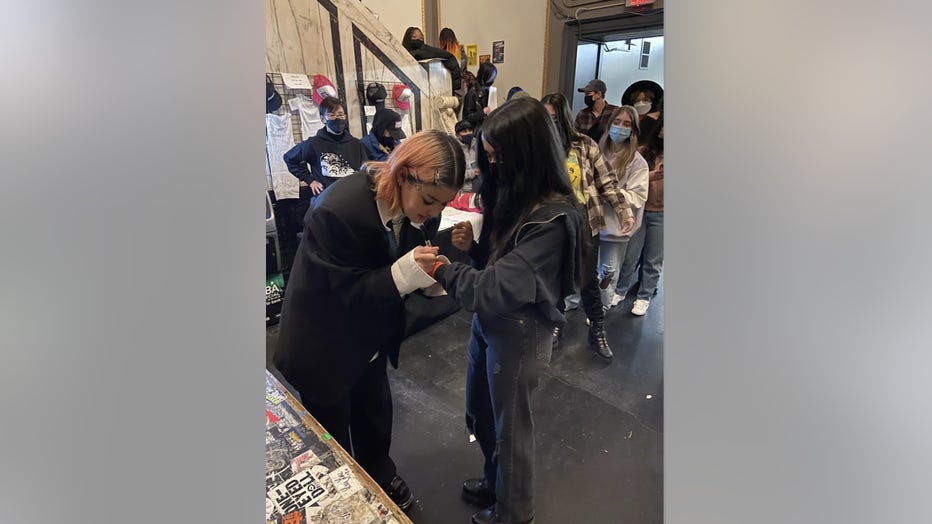 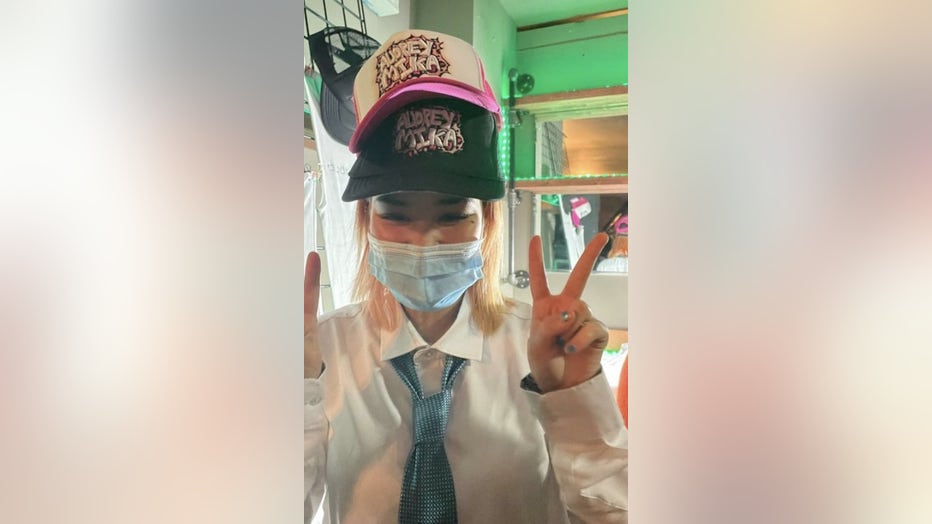 Singer Audrey Mika called on her parents to join her as tour manager for her 18-city tour opening for Eric Nam. (Scott Armacost)

Expedia Ceases Sales to and From Russia

Wed Mar 2 , 2022
Online Travel This Week While the European Commission, the UK, and the U.S. took steps to punish Russia economically for its invasion of Ukraine, the online travel world was split over how to approach the moment, or more accurately the divide was between Expedia Group, a few others perhaps, and […]