Norway’s capital city Oslo offers a lot for the curious traveler. New museums such as the National Gallery and the Munch Museum have put Oslo well and truly on the cultural map for European travel.

With so many things to do in Oslo, you don’t need to leave the city to enjoy a vacation. But once you’ve spent a few days in the city, it’s time to consider some of the options a little farther afield to get a more rounded view of Norway and Norwegian lifestyle.

While it’s possible to visit the likes of Bergen or Trondheim on a day trip by flying, here are five day trip ideas that just require short trips on a bus, train or ferry.

An easy day trip from Oslo, Fredrikstad is a typical Norwegian city with one important difference. The city’s ‘old town’ district is one of the best in Scandinavia. Expect cobbled streets, old wooden houses, riverside walks, a star-shaped defensive wall and a historic fort.

Some of the buildings hold some surprises, including Scandinavia’s largest model railway that features a scale model of the old town.

How to get there: By Vy train from Oslo S. Trains run hourly and the journey takes just over one hour. Once you’re arrive, a free ferry ride takes you across the water to the old town. The same ferry service can also be used to easily reach the modern downtown area.

Do you remember the 1994 Winter Olympic Games in Lillehammer? If so, this small town is a must-do destination from Oslo. The Norwegian Olympic Museum is the obvious attraction, showcasing the 1994 and 1952 Winter Games but with contemporary exhibits that cover the entire Olympic movement too.

The museum is located at Maihaugen, an open-air museum that reveals what rural Norwegian life used to be like.

Of course, Lillehammer remains a fantastic winter sports destination. Beyond all kinds of skiing, the town’s resorts offer dogsledding, snowshoeing, ice skating and sleigh rides. In the summer, a wheelbob run down the only bobsled and luge track in Scandinavia is popular with families with older children.

How to get there: By Vy or SJ Nord train from Oslo S. Trains run hourly and the journey takes just over two hours.

Off the radar of many international tourists, Drøbak is nevertheless a popular summer destination for Oslo residents. Once the winter harbor for Oslo, the small town is today a thriving fishing port and a popular place for shopping, dining and waterfront walks. There are several beaches and places to swim along the shoreline.

During the summer, many people travel by ferry to Oscarsborg Fortress. Strategically located in the narrow strait between Oslo and the open ocean, the fortress is today a museum and recreational area. The museum tells the fascinating history of the fort including the important role it played in the early days of the Second World War.

How to get there: In the summer, a direct passenger ferry departs from Aker Brygge in downtown Oslo. A year-round bus leaves Oslo bus terminal every half-hour and takes about 50 minutes to reach Drøbak.

You don’t have to travel far to enjoy a day away from the city. There are the forests that surround Oslo, but also a series of small islands within sight of the city waterfront.

Hovedøya—the biggest island—is the best place to start. Explore its monastery ruins, relax on the rocks or take a quick dip in the fjord, enjoy a coffee or an ice-cream from the summer kiosk and then decide which island you’ll head to next.

How to get there: Passenger ferries to the islands are part of the Oslo public transit system. Times available on Ruter.no. There are departures year-round but they are much more frequent in the summer.

While the name means ‘a thousand joys’ in English, Tusenfryd theme park just 12 miles south of Oslo isn’t as big as the name suggests. But it does offer more than enough attractions to keep kids and adults amused for most of the day.

Rollercoasters inluding the SpeedMonster, ThunderCoaster and SuperSlash grab the headlines but there’s other attractions too including the new horror-themed maze The Dungeon. Younger children are also well catered for with more traditional attractions such as a carousel and bumper cars.

How to get there: Regular buses serve Tusenfryd from Oslo bus terminal approximately every half-hour. The journey takes just 25 minutes.

Mon Dec 12 , 2022
Geek Nation Tours offers once-in-a-lifetime opportunities to experience everything a wargamer would want on vacation. No matter what your geeky interests are, Geek Nation Tours has a travel package for you. They offer the highest quality destination tours to tons of different locations, events, and offer some literal once-in-a-lifetime opportunities. […] 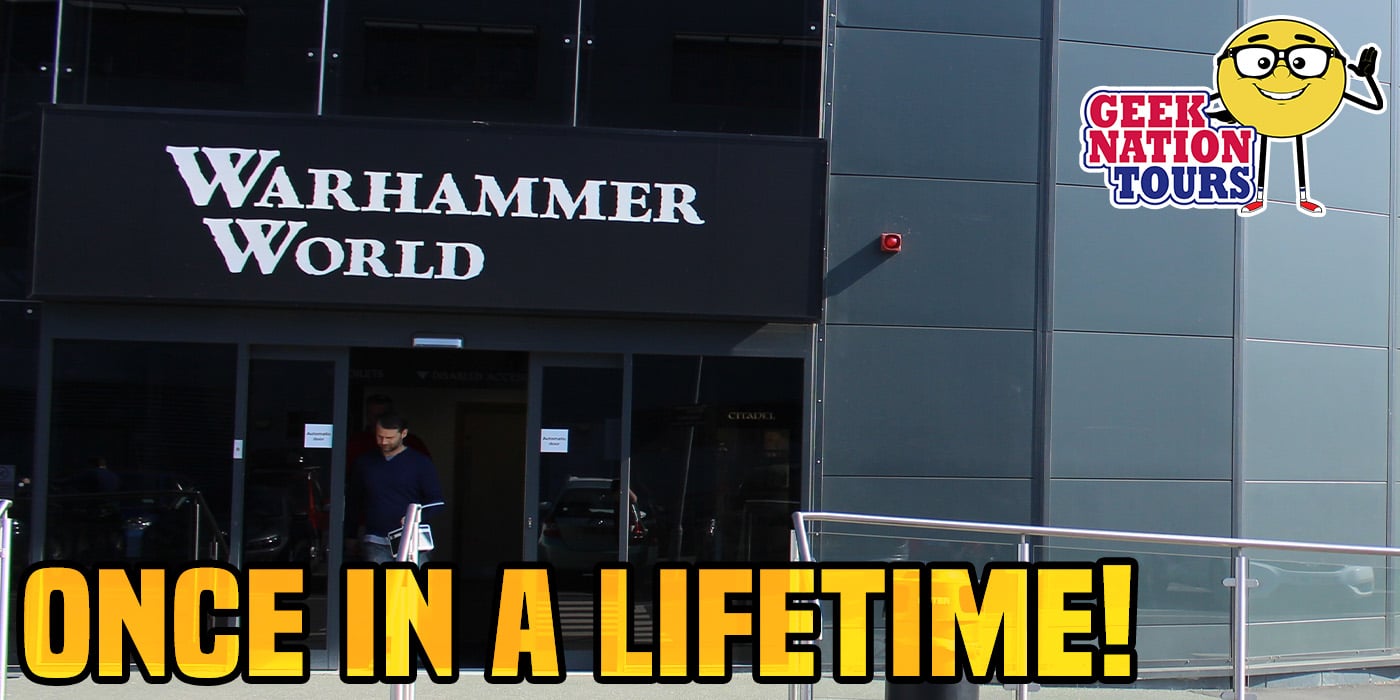