If meeting friends in a coffeehouse, indulging in Sacher torte, and spending evenings and weekends enjoying concerts, operas, and museums sounds like the ideal lifestyle, you’ll likely agree with the 2022 Global Livability Index published by The Economist. For the third time in five years, Vienna has topped the list of most livable cities.

The Global Livability Index is produced each year by the Economist Intelligence Unit of The Economist, which rates cities on more than 30 factors across five weighted categories: stability, health care, culture and environment, education, and infrastructure.

The “stability” category, weighted at 25%, considers the prevalence of crime and threats of military, terror, or civil conflicts. At 20% of the total, the “health care” section looks at availability and quality of private and public health care. “Culture and environment,” meanwhile, covers climate, weather, social and religious restrictions, availability of consumer goods and services, and sporting access, for 25% of the total rating. And the “education” portion, weighted at 10%, includes availability and quality of public and private education, while “infrastructure” considers housing, energy, telecommunications, roads, and public transport for the remaining 20%.

Expert analysts and in-city contributors rated the indicators to come up with a livability score, ranking 173 cities. These are the best places to live in the world, according to The Economist, along with their ratings.

Austria’s capital and largest city, Vienna offers music, theater, wine, lively nightlife, and a famous coffeehouse culture. The city scored a total index of 99.1 out of 100, and received a perfect score in stability, health care, education and infrastructure.

Denmark’s capital and most populous city, Copenhagen combines modern architecture with history, a lively restaurant scene, and rich culture with many museums in the city center. Copenhagen earned an index of 98, with perfect scores in stability, education, and infrastructure.

Tour this cosmopolitan city with museums, exciting nightlife, and a historic Old Town on a boat trip along the Limmat river. Zurich’s total index of 96.3 included 100 points for health care and high ratings for culture and infrastructure.

The European headquarters of the United Nations is located in Geneva, set along Lake Geneva, with the Rhône passing through the city’s center. Geneva’s index of 95.9 includes 100 points for health care and 96.4 for infrastructure.

The largest financial hub in Europe, Frankfurt is set on the Main, a tributary of the Rhine, and bordered by the Frankfurt City Forest. The city’s index of 95.7 includes perfect scores for infrastructure and health care, as well as a 96.3 for culture and environment.

Located in the province of Ontario, Toronto is Canada’s largest city, with a diverse population, vibrant art and restaurant scene, and stunning skyline. The city scored a total of 95.4, with 100 point in education and health care.

Amsterdam, capital of the Netherlands, is known for its canals, museums, historic buildings, and lively nightlife. The city received scores of 97.2 for culture and environment and 100 for health care, for a total index of 95.3.

One of Japan’s largest cities, Osaka is a major financial center, tourist destination, and cosmopolitan city known for its restaurants and festivals. Its total index of 95.1 includes scores of 100 for education, health care, and stability.

Located in southeast Australia along the Yarra River, Melbourne is known for its beaches, art and music scene, shopping, and Aboriginal community. With an index of 95.1, the city received scores of 100 in education and infrastructure and 98.6 in culture and environment.

Best Gifts for Camping: Gear for the Ultimate Camp Setup

Fri Dec 9 , 2022
Home » Camping » Best Gifts for Camping: Gear for the Ultimate Camp Setup With so many specialty products out there in the camp and backpack world, holiday shopping for the campers in your life can be overwhelming. That’s why we compiled this list to help you equip them. Make […] 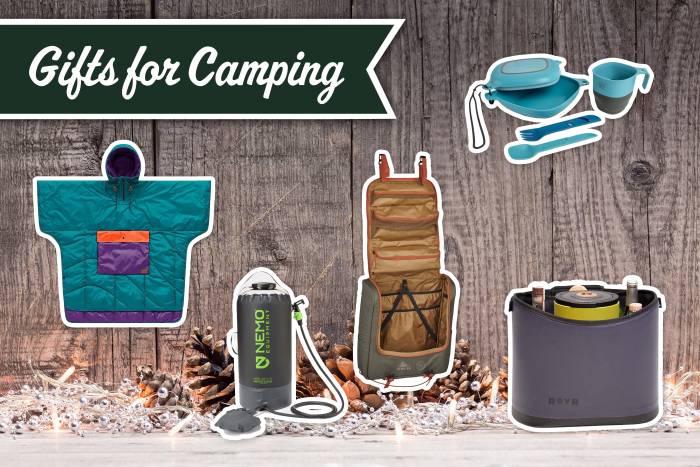