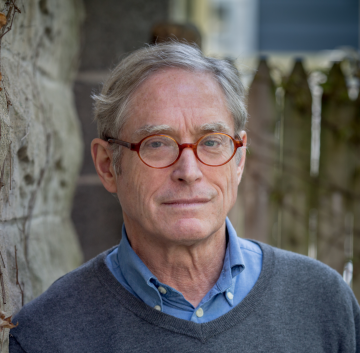 “These sudden ends of time must give us pause.

We fray into the future, rarely wrought

Save in the tapestries of afterthought.

Come muffled from a buried radio.

The New-year bells are wrangling with the snow.’’

“As the humiliations mounted in the field for Russia’s hapless military, they raped and tortured and murdered civilians. In Moscow, a bewildered and enraged Putin decided on a new strategy: The Ukrainians would be punished for their insolence, broken as a nation, starved and frozen until they begged the new emperor for mercy.’’

— Tom Nichols, formerly of the U.S. Naval War College, in The Atlantic.

We’re holding the Ukrainians’ coats as they fight and die for democracy and help protect the West from further aggression by Putin. And bravo to the brave Iranians and Chinese who have protested against their dictatorships. But some famous people are enjoying themselves in a dictatorship. Hit this link. 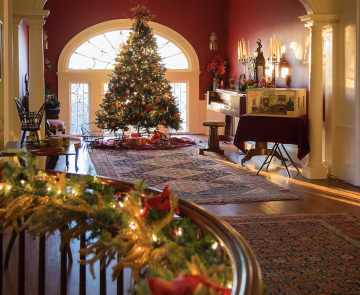 With all the crowded busyness of this time of year, I sometimes wish we could hibernate, as so many plants and animals do.

Once people have children and grandchildren, many seem compelled to show them off on Christmas cards year after year. I wonder about the reaction of most people without offspring to this festival of fertility. Does it make them sad and lonely, or freer than most people feel? In any case, it can be amusing to see the gene expression in little kids.

Have you started to compile a regifting list? Or sought a restraining order on the playing of “The Twelve Days of Christmas’’?

Christmas gift-giving is in decline, various data collectors say. That’s a good sign. Fewer people will find themselves dangerously in debt in January, and recipients will be less cluttered with stuff they’ll never use, whatever they thought when they got it.

Forbes says that OnePoll reports that more than 51 percent of holiday shoppers this year had planned to buy fewer gifts per person because of the high inflation fueled by COVID and Putin. But the general decline in gifting physical stuff goes back a long way.

Bloomberg, for example, reports that “in 1999, Americans said they planned to spend $1,300 (converting to 2020 dollars) on holiday gift giving. In 2020, that amount was about $800. These numbers are based on Gallup data, but retail sales figures show a broadly similar pattern. From 1935 through 2000, gift-giving tended to rise with disposable income. Since 2000, gift-giving has fallen as national disposable income has risen.’’ 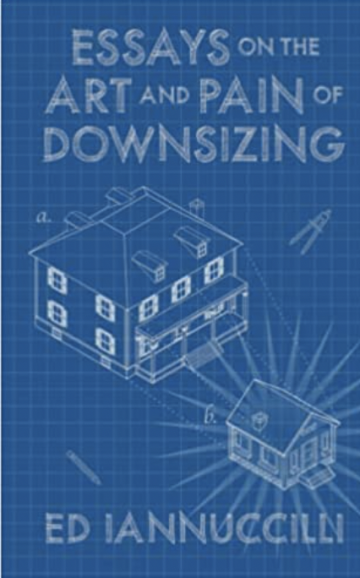 Many people, at the end of the year, reflect on whether they should make a major life change. This might include simplifying by downsizing where they live.

So I recommend Dr. Edward Iannuccilli’s latest book of essays, Essays on the Art and Pain of Downsizing. (He’s a friend, but no, I get no kickbacks for this plug.)

Of course, many older people, such as Dr. Iannuccilli, downsize in part because of their stage of life. But there are good reasons for others to do so. You save on fuel, electricity, taxes, and insurance, and you’re disciplined to get rid of stuff, which can feel liberating. (Do  some people have so much stuff that it acts as insulation, saving fuel in the winter?)

In 1980, the median size of a new house in the U.S. was 1,595 square feet. That ballooned to   2,386 square feet by 2018, with fewer people living in these houses. Obviously, the bigger the house, the bigger the purchase price and maintenance costs; the latter tend to be alarmingly unpredictable.

We could do a lot more with passive solar heating in New England. The temperature in our unheated sleeping porch on a  recent sunny day when the outside temperature was 25 (Fahrenheit) was 76.

Global warming is alarming, but individual weather events get exaggerated by ratings-chasing news media. Thus a cold wave of the sort we’ve always had in winters is named “the polar vortex,’’ which sounds like a sci-fi monster, and a fairly common bad storm is called a “bomb cyclone.’’ Even folks at the National Weather Service are increasingly getting into the weather hysteria, or at least hype, industry with a proliferation of exclamation marks in their forecasts.

Rhode Island Gov. Dan McKee was right to order that the encampment of homeless people in front of the Rhode Island State House be taken down, with the associated tents,   trash and garbage hauled away and the people there taken to safe inside shelters such as the Cranston Street Armory.

The public has the right to come and go at their public buildings – especially their most important ones —  without having to encounter health or worse problems in a crowd of desperate and often unpredictable people camping out because of mental or other illnesses or just bad social or economic luck. The encampment presented a public-health-and-safety challenge.

The Rhode Island chapter of the American Civil Liberties Union fought to let the encampment stay up. The ACLU has done some brave and fine things, but too often their work flies in the face of common sense and the public interest, and acts as the American Chaos Liberation Union.

Many millions of Chinese are now getting COVID, what with many Orwellian lockdown controls being suddenly lifted as well as the fact that Chinese vaccine  is inferior to our mRNA vaccines (the Chinese government won’t let in better ones from abroad) and that other medical supplies are running low. Given China’s 1.4 billion population, some of this new pandemic is bound to slosh over to the rest of the world.  We’ll never know for sure how many Chinese are getting sick and dying from COVID since dictatorships suppress facts and relentlessly lie to help maintain their power.

The British government, facing a wave of strikes by unions representing public workers whose wages have never recovered from the Great Recession of 2007-2009 and now are slammed by COVID- and Putin-caused inflation, would do well to look into trying to get more tax revenue from the flight capital of foreign crooks who have taken up residence in England, and London in particular, in the past two decades.

A somewhat dated but useful book on this is Londongrad: From Russia with Cash; The Inside Story of the Oligarchs, by Mark Hollingsworth and Stewart Lansley.

The fentanyl-overdose epidemic in the U.S. can be partly explained by the flow of weapons from our gun-soaked nation, which strengthens Mexican drug cartels. 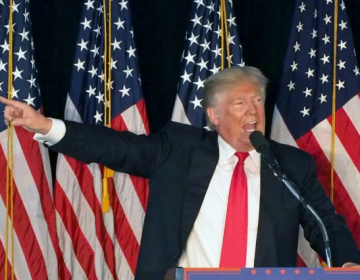 Trumpian Cons Go On and On

This is just one example of why we need more reporters,  even as their numbers have been shrinking as much of journalism’s business model has been collapsing.

If only the news media could research the claims made by all major political candidates well before an election. Consider the case of Trumpian Republican George Santos, 34, elected last month to be a congressman from a New York district. The New York Times and other publications have finally published stuff about his background.

He has lied about:

His employment history, education history,  debt history, charitable history, residential history, etc., etc. It recalls the late writer Mary McCarthy’s quip about playwright Lillian Hellman: “Everything she writes is a lie, including ‘and’ and ‘the.’’’

He’s also been associated with a Florida organization accused of being a Ponzi scheme and has faced charges of check fraud in Brazil.

Despite much evidence of earlier financial problems, Santos declared on an official financial-disclosure form last Sept. 6 that he owned an apartment in Brazil worth up to $1 million, a savings account with as much as $5 million in it and a checking account with up to $250,000. Remarkable, if true. And if true, where did the money come from? Did someone want something in return for being very generous to this very ambitious and amoral young politician?

It’s obvious that Santos is a crook. But will the new Republican House, with its razor-thin majority and likely speaker the craven Kevin McCarthy, expel him? Surely you jest!

Ah, that fragrant stew of treason, grifting, out-and-out thievery, demagoguery,  nonstop lies and nihilism – all part of the job description for  employment in Trump World.

Many of us remember, in applying for far less important jobs than member of Congress, that our potential employers scoured our backgrounds to judge the veracity of our claims. The employers of congresspeople are ultimately the voters, but they need the news media to help them know the truth about candidates.

And take a look at Dennis Montgomery, one of the central sleazoids behind Trump’s lucrative bogus-conspiracy industry. This Reuters story could make a good movie.

Or you can see how Kellyanne  “Alternative Facts’’ Conway, one of Trump’s professional liars, sold her polling company, for $1 million to $5 million, to a firm, Creative Response Concepts Inc., connected with far-right activist Leonard Leo (beloved of such ruthless plutocrats as the Koch Brothers). She did this while a federal employee as a senior adviser to then-President Trump in 2017. Leo was central in helping the far right take control of the U.S. Supreme Court via the Federalist Society, a front for billionaire campaign donors. Conway was a big promoter in the Oval Office of Leo’s candidates.

Conflict of interest, anyone?

The Trump administration violated an IRS requirement dating back to 1977 that mandates audits of a president’s tax filings. The IRS, under Commissioner Charles Rettig, who had had lucrative deals involving Trump properties, only began to audit Trump’s 2016 tax filings on April 3, 2019.

The Colorado River and many other sources of water in the Southwest are drying up at an accelerating rate with global warming and population growth. What happens to all those swimming pools and golf courses in the desert? Why were so many of these fast evaporators allowed in the first place in this generally very arid region?

The wedding announcements in many papers, especially those with many affluent readers, such as the New York Times, show an alarming percentage of the recently married to be  in the finance/money-manipulation sectors, as maybe you’d expect with the ascendency of  finance since the ’80s — the likes of companies named “Solstice Capital Management’ or  “Endless Asset Advance.’’ The country would better off if more young people became, say, mechanical engineers, factory managers,  inventors,  carpenters, plumbers, electricians or local farmers. (It amuses me to know that my maternal grandfather grew up on a farm.)

Maybe a change will happen soon, with big layoffs in Wall Street firms.

Merry Christmas. Take the rest of the week off!

Robert Whitcomb is a veteran editor and writer. Among his jobs, he has served as the finance editor of the International Herald Tribune, in Paris; as a vice president and the editorial-page editor of The Providence Journal; as an editor and writer in New York for The Wall Street Journal,  and as a writer for the Boston Herald Traveler (RIP). He has written newspaper and magazine essays and news stories for many years on a very wide range of topics for numerous publications, has edited several books and movie scripts and is the co-author of among other things, Cape Wind.

redtag.ca's Boxing Week Savings are on!

Mon Dec 26 , 2022
Canadians can preserve huge on their desire vacation with this special offer you TORONTO, Dec. 26, 2022 /CNW/ – The vacations just received a little bit sweeter for those normally seeking for the future adventure or only to chill out on a beach front. There’s no better time to ebook a […] 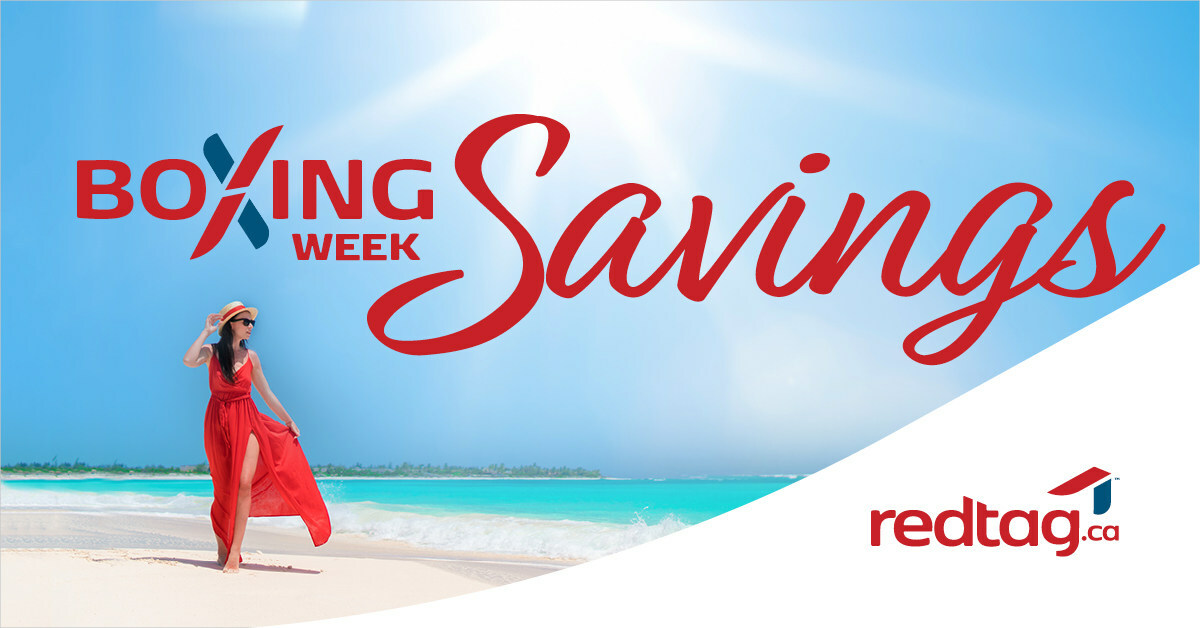