I first realized I had a special relationship with cheese at Burger King. As a kid, I would order a Whopper solely for the American cheese single melted atop a flame-grilled beef patty. I would scrape the smoky slice off the burger with my fingers, content to devour the gooey processed cheese.

Decades later, my cheese adventures take me farther than a trip across town — like a nine-hour plane ride to Spain, followed by a hike into a cave on the side of a mountain where I can try an intense, creamy blue cheese.

My travels in search of cheese have taken me to places I might not have otherwise encountered and introduced me to friends who share my passion for dairy. I have eaten some of the finest cheeses you’ve never heard of — and cheeses you won’t find outside of their native lands.

The hidden gift of a travel disaster

The Food and Drug Administration has banned the interstate sale of unpasteurized raw milk since 1987, which is another reason I seek out cheese abroad.

As I’ve learned more, I have seen the cheese industry has just as many counterfeits as the fashion industry. The bloomy rind brie from the grocery store is not the real McCoy. At Latteria S. Stefano, in Parma, Italy, I learned I had been buying the Gucci knockoff of Parmigiano-Reggiano my entire life, and my craving to taste cheeses in their birthplace began.

You can’t get this cheese back in the United States. That’s the beauty of it.

Last year, I trekked to Oviedo, Spain, to judge the World Cheese Awards, where more than 4,000 cheeses were scored based on texture, smell and taste, and appearance. I was paired with a “Super Judge,” a person with more expertise and training than a simple cheese lover. My partner was Ronald ter Woord, who had won a Dutch National Cheese Inspection Competition in October 2021.

We blindly tasted 100 different types of cheeses on a table, which were tallied with other scores to select a final “world’s best cheese.” The winner was the Olavidia from Quesos y Besos in Jaén, Spain — a soft goat’s-milk cheese with a potent nutty flavor and a distinct layer of olive pit ash through the center. (In case you’re wondering, I ate cheese nonstop for a week straight and I never got tired of it).

I spent the night in an empty airport. It was a dream come true.

Before the awards, I connected with my new food-loving friend Dolo Fernandez. We met in person at chef Nacho Manzano’s two-Michelin-starred restaurant, Casa Marcial, where we discussed my love for cheese (and Spain) over tequila espresso martinis after hours.

The next morning she texted me to ask if I want to visit the El Teyedu cheese cave, home to arguably the best Cabrales blue cheese in the world. “Yes!!!” I texted with excessive heart and queso emoji.

In Picos de Europa, a national park that looked pulled from “The Sound of Music,” I met Jorge Gonzalez Herrero, the El Teyedu ‘cheese keeper,’ who doesn’t speak English. I quickly realized my Carhartt overalls were not appropriate for this technical hike.

A couple of hours later, trudging in very wet and muddy conditions, I smelled a pungent waft of cheese, a sign that we were getting close. Inside a cave with a camouflaged door, Herrero said he brushes the wheels of cheese with stalactite water that drips into buckets from the ceiling. When the cheese has been deemed perfect, I learned, a horse transports it back down to the town of Tielve, regardless of the season.

In Austin’s coolest restaurants, Japanese food gets a Texas twist

At the end of our slippery hike back I pondered how one could even put a price tag on this cheese. Our reward was digging into the fresh wheel like it was a velvety piece of cake and gazing at the cave from a distance with an Asturian cider in hand.

In a translation by Dolo, Herrero noted the importance of continuing this tradition, or else it becomes extinct. You can’t get this cheese back in the United States. That’s the beauty of it.

Could cheese be the universal symbol of trust? In Bordeaux, I met a group of strangers before sailing down the Garonne River and suggested lunch at Baud et Millet, an all-you-can-eat cheese cave restaurant where 35 euros grants access to 100 varieties of French fromage.

This is where I first tried Trou du Cru, a pasteurized cow’s milk Époisses cheese from Burgundy. It is the most offensive smelling cheese I’ve encountered — I was told its name translates into “raw” anus. It was outstanding.

My new friends later admitted they weren’t sure they would mesh with me until I led them into this smelly den of heaven.

In the Netherlands, I crossed paths with Anna Juhl, owner of Cheese Journeys, and Betty Koster of Fromagerie L’Amuse, in pursuit of the real Gouda, not the highly processed, round structure that is consistently mislabeled in grocery stores and found in Hickory Farms holiday boxes. Juhl taught me to ask for “Dutch cheese” when seeking out the real deal.

Most of my friends aren’t going sign up for a cheese vacation and hop on a small boat to visit Jan and Roos van Schie, the duo behind a prized farmhouse Dutch cheese. They live with a herd of Montbeliarde and Red Friesian cows on the tiny, below-sea-level island of Zwanburgerpolde, where workers craft seven 25-pound wheels of Wilde Weide cheese each day. A few weeks after this trip, I identified the same cheese in a glass case at Trio in the North Carolina Outer Banks, and I geeked out with the woman at the register over my trip.

Most recently, I found myself at Fenavin, a Spanish wine trade show in Ciudad Real, Spain, itching for a Manchego excursion. I begged my new, local cheese-loving friend, Miguel Calero, to drive me out to a dairy farm. The dusty, bumpy, partially marked road to Finca Fuentillezjos was dotted with vibrant red poppies and wildflowers.

“What if I was going to kill you?” he asked in what I hoped was a joke. “Well, at least I’ll die doing what I love,” I replied.

Not long after, I was cuddling a wee black sheep from cheesemaker Concha Garcia’s flock on Finca Fuentillezjos in central Spain. After a tour, Garcia opened a bottle of Cava. We ate gorgeous Manchego at sunset, speaking in Spanglish about dairy and dating.

Cheese people are always down to earth.

Sat Jul 23 , 2022
Outdoor holiday and camping booking company Pitchup shared the items Britons should be packing before they hit the road, and some of them are essential while travelling during the heatwave. Pitchup explained that when travelling during the hottest weeks of the year, staying hydrated is key. The camping experts explained: […] 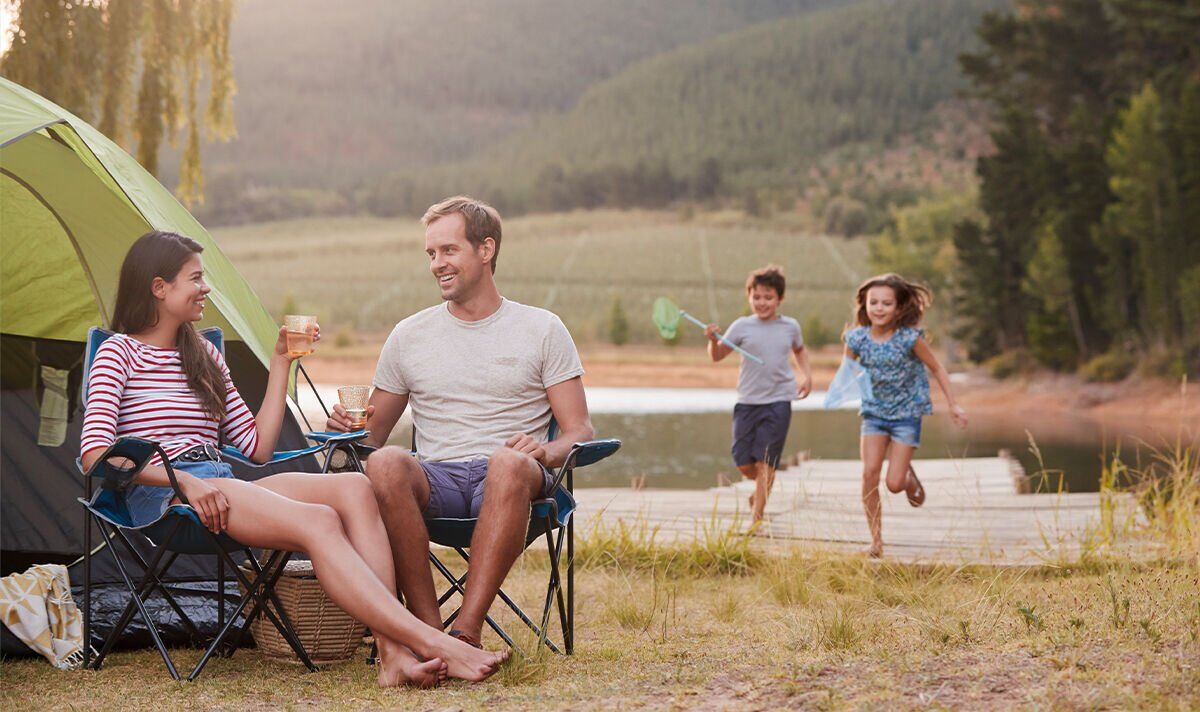