KANAB, Utah (ABC4) – When Harriett Perkins drove past the Dia family walking on the side of the road near the Jackson Flat Reservoir, just outside Kanab, Utah, she knew she had to turn back.

“This was the coldest day that we’ve had in Kanab so far this year, when I saw these guys. They were walking up the highway and I know how far it is into town and it just didn’t look natural,” Perkins says. “It didn’t look normal for them to be walking so cold with two little kids. I didn’t like what I saw. I went by them and I turned around and went back. You know how you sometimes have these instincts that something is amiss.”

As it turns out, Perkins’ instincts were right. The Dias, who are on an extended seven-month vacation from their native France, had planned to travel across the United States, Mexico, and Central America in their RV. But just as Rose Dia, her husband, Al, and their two sons Lenny and Eliott reached Kanab to explore the slot canyons and desertscape beauty of the region, their camper broke down.

“A long time ago, it was my dream to come to the U.S. and we saved a lot of money to be here today,” Rose Dia says.

On the day Perkins pulled over, the family was walking to the park, just as they had been for the nearly two weeks since their RV broke down.

“They had this look on their face like: ‘Who is this lady? Where is she going to take me? Is she going to kidnap us?’” Perkins remembers.

As it turns out, Perkins had much more generous, kind, and selfless intentions in mind. After giving the family a ride to the park, she offered to take them in as her own, allowing them to stay in a vacant home on her property and giving them access to her car.

SOUTHERN UTAH NEWS: ‘It was horrific; Mom was running back and forth from one child to another’: Children in critical condition after bus catches on fire in Veyo

“She gave us a home to sleep in, to stay warm, and she gave us a car,” Dia says. “That was last month, it’s been 30 days we’ve spent with her and we are her family.”

The Dias are currently searching for a mechanic who is able to fix their French-made RV. Because it is a foreign vehicle, finding parts is incredibly difficult and the process would have rendered the family stranded if not for Perkins.

“The day the RV broke, we were scared because we didn’t know what to do or where to go. We didn’t know anybody here and we were alone,” Dia says. “The day we met Harriett, it was very strange for us because in France people are not like this. People here are very nice and generous. We receive help, smiles.”

The family’s U.S. travel visa expires on January 30, and they hope to be back in France at the beginning of April. Ideally, Dia hopes they can finish their trip through Mexico and South America after the camper is repaired.

The Dias and the Perkins have started a Facebook Fundraiser to raise the money necessary to fix the camper, which might require shipping a new engine from France. So far, they have raised about $9,300.

But while the RV breakdown surely put a wrench in the Dias’ plans, it has also been the source of many blessings.

“In the beginning, it’s a sad story,” Dia says. “But today it’s different for me because the accident permits me to meet great people.”

And for the Perkins family, meeting the Dias has been a source of joy, too.

“I can’t even express in words what it’s done for our family,” Perkins says. “My kids have all been here for Christmas, and they’ve got to know these people. We’re probably not going to let them go home, that’s how much we love them.”

Sat Jan 1 , 2022
A staple of luxurious experiences, Four Seasons Hotels and Resorts has announced brand new private jet vacation getaways for 2023 — and they’re selling out quickly.  On top of the company’s announcement for its very own private jet, set to take flight in 2022, Four Seasons has also added the […] 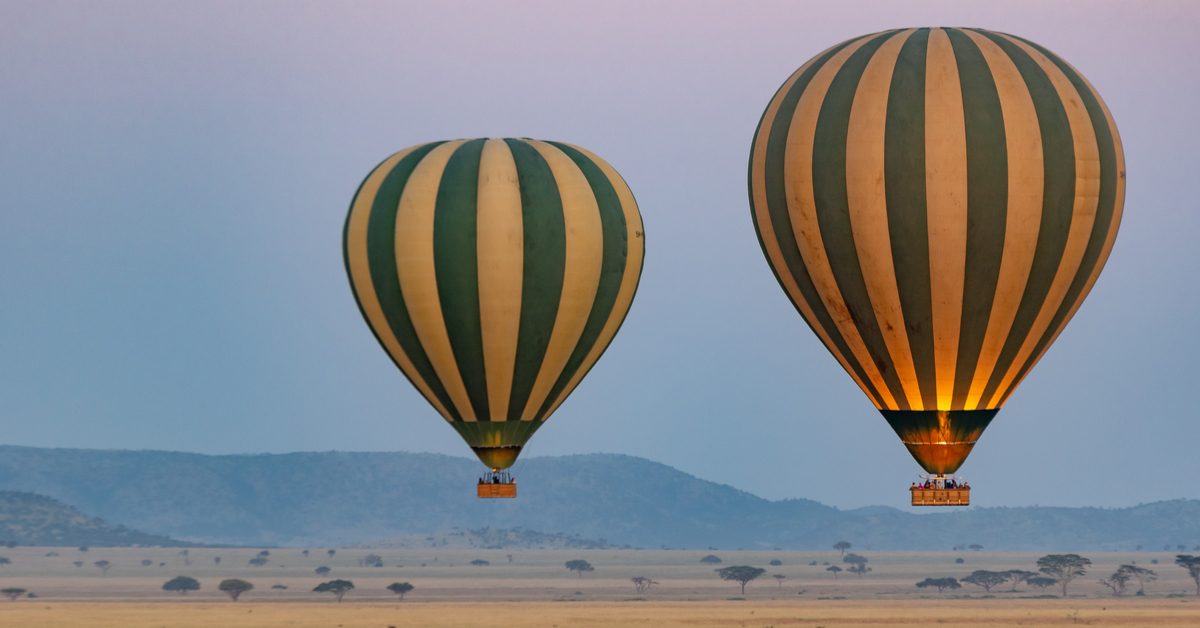