Despite the prolonged haze of the pandemic and the joyless déjà vu of another COVID-gripped winter, worldwide travel is still stirring back to life.

And as the pandemic has evolved, so have travelers’ tastes. According to Tripadvisor, they’re now more willing to trade serene mountains and rural escapes for big cities and crowded beaches.

The popular bookings website recently published its annual roundup of top destinations, and there’s perhaps no greater sign of return to normalcy than the fact that people are once again flocking to pack beaches up and down the European coast. Five of the top 10 trending destinations worldwide—which saw the largest year-over-year rise in interest on the platform—belong to the Mediterranean shoreline, including the Spanish island of Majorca, which took the top spot, as well as Rhodes and Santorini in the Aegean Sea, and Dubrovnik, Croatia—often called the “pearl of the Adriatic,” and one of many countries that beckoned to digital nomads during the thick of the pandemic.

Other famed beaches in Mexico and Brazil also cracked the top ten. They were joined by destinations in Tanzania, with its African safaris and Kilimanjaro base camps; Turkey, for its cave churches and chimney rock formations; and Cairo, Egypt, home of the legendary pyramids.

While last year’s trending destinations also featured its fair share of beaches, many were lower profile—Sanya, China; Kas, Turkey; and Guadeloupe, France, for example, saw more interest in 2021, as well as the Smoky Mountain town of Gatlinburg, Tennessee, and the thrill-sports paradise of Queenstown, New Zealand, where much of the Lord of the Rings movie trilogy was filmed.

Last year, outdoor adventures were also in vogue—enough so that Tripadvisor created a new ranking just for National Parks. But this year, major commercial capitals dominated: The most popular destination worldwide was Dubai, in the United Arab Emirates—a glimmering mecca filled with tourists, towering resorts, and luxury shopping, and another city that moved to court nomadic workers. In second place was the busy metropolis of London, England.

Sat Jan 22 , 2022
As Covid travel restrictions rumbled on during the spring and summer months of both 2020 and 2021, UK holidays exploded in popularity, with availability becoming sought after in many places. And though some restrictions are beginning to wind down in many parts of the world, the trend for camping and […] 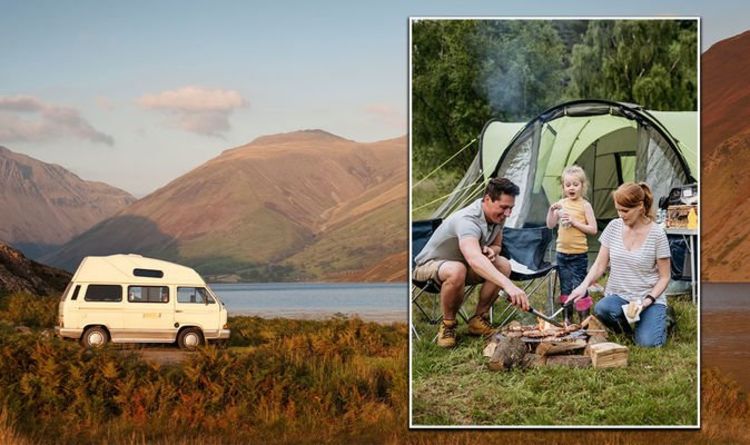