Editor’s note — We’re continuing our tradition of taking a look back each Saturday at some of the important, interesting or even odd events as they were reported during the same week throughout the years, along with interesting advertising features from years gone by.

This week in 1935, The Greenfield Republican reported that the Chevrolet Motor Inn Garage sold a total of 13 new vehicles since Dec. 5.

A former Greenfield resident had their securities valued at over $4,400 returned to them after they were reported as stolen from their vehicle in Columbus. The travel bag that had the items was found on a highway south of Columbus.

The M.E. Sunday school class of the primary and junior class and the choir under the King’s Helpers class held a Sunday evening Christmas program that featured “The Christmas Story,” “Happy Hearts Have We” and “Children of the Star” among other songs.

A showing of “A Night at the Opera” by the Marx Brothers at the Forum Theatre was advertised for Dec. 25-27.

This week in 1954, The Greenfield Daily Times reported that an Ohio Advisory Committee on the state’s water resources said that the state would need a water plan that focused on the different types of water uses and water retention and control.

A total of 949 people received chest X-rays when a mobile X-ray cruiser visited Hillsboro and Greenfield.

McClain High School held a Christmas program that “emphasized the religious significance of the holiday” at the McClain Auditorium.

The Greenfield School District had 677 residents register for membership in its reorganized Parent-Teachers Association after the elementary school’s weeklong member solicitation.

In sports, the Wilmington High School Hurricane took over first place control of the South Central Ohio League after a 72-55 win over the McClain Tigers.

The Greenfield Grain and Hay Co. on First and Jefferson streets advertised multiple appliances like toasters, mixers and sweepers that would “give mom happy hours of new freedom from household tasks.”

This week in 1978, The Greenfield Daily Times reported that Highland Village Council enacted an 8 p.m. curfew that would run until Jan. 15, 1979.

The Highland County Board of Commissioners approved a resolution that annexed land in Madison Township off S.R. 41 north and just north of the Industrial Park in Greenfield.

A karate demonstration was shown in Greenfield at the Greenfield Recreation and Civic Center by Roger Dillard, a black belt karate instructor in the area. It was sponsored by the Greenfield Area Jaycees.

An amateur radio class held at the north campus of the Southern State Community College was “designed to develop and foster interest and skills in the art of person-to-person radio communications.”

K-D Tools announced that it would close operations at its Greenfield plant on May 1 of the next year.

The South Salem Academy was set to be renovated when members of the Greenfield Exempted Village Board of Education sold it to the Ross County village for $1 and would then be rented back for that same amount.

Clark’s, at 110 E. Jefferson St. in Greenfield, advertised boneless whole hams for $1.69 per pound and tangerines for 99 cents a dozen.

This week in 2001, The Times-Gazette reported that LA’s Bakery in Hillsboro hosted 20 children from the Hillsboro Integrated Preschool to add Christmas cheer to the items.

Lynette Kiesling, a senior at Fairfield High School, signed her National Letter of Intent to play volleyball at the University of Rio Grande.

The Lynchburg library had its third Christmas Tea with different snacks available for the 14 guests.

Candle-lite announced a donation of $770 to Highland County Children Services that went for Christmas gifts as well as other extras like recreational activities that a “majority of the kids” in the program might not have the ability to experience without donations.

The Kmart Supercenter advertised a John Morrel whole boneless smoked ham for 88 cents a pound and fresh Atlantic salmon fillets for $3.97 a pound.

Sun Dec 26 , 2021
Traveling for the holidays? Here’s how to know if the type of mask you wear will give you the best protection possible during your flight. Share on PinterestThe best types of masks for protection against COVID-19 are medical grade, certified by ASTM, and approved by the FDA. Adene Sanchez / […] 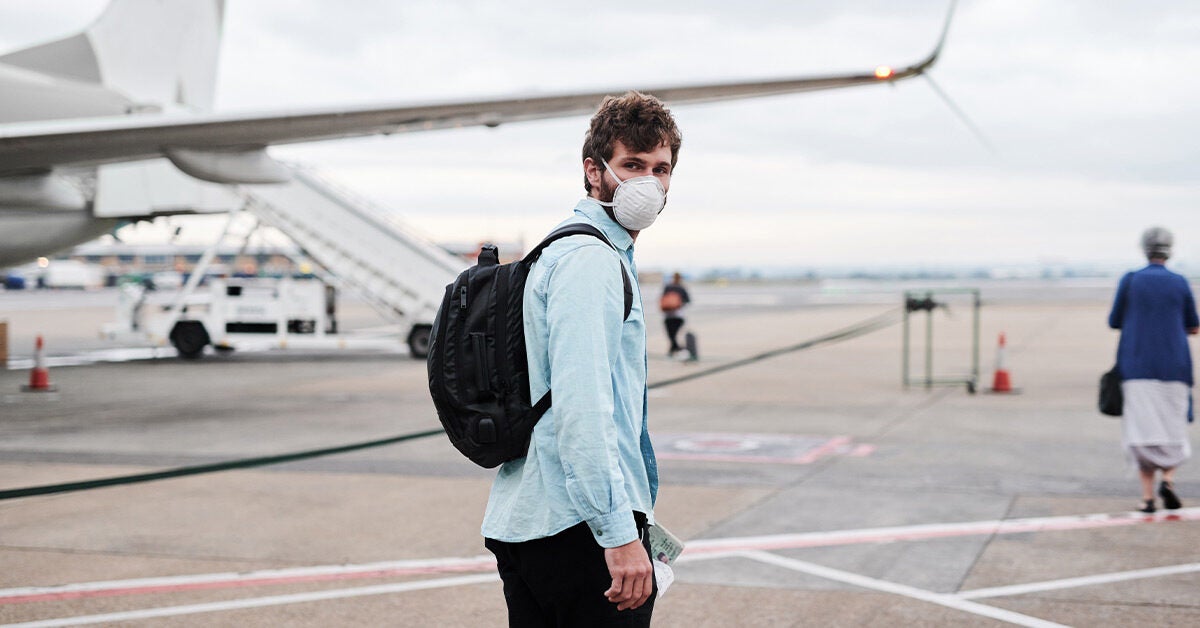