Peak tourist season is approaching and with the Covid-19 pandemic in the rear view mirror, Ireland is expecting a huge influx of visitors.

The US is no longer asking residents not to travel to Europe and we are fully open to holidaymakers, unlike the last two summers.

So Ireland’s nicest and world-renowned attractions will be buzzing with activity over the next few months.

Many of these visitors will be heading to TripAdvisor to see where might be a good place for them to visit, based on reviews and the likes.

Read more: Dozens of unimpressed tourists in Ireland all had the same thoughts after visiting The Spire

Luckily, most of Ireland’s reviews on the travel site are superb, if we are to take the Wild Atlantic Way for example, of nearly 3,000 site reviews, only 16 people said it was “poor” or “terrible”.

But these unhappy visitors do exist, so we’ve picked out some of the more outlandish bad reviews of Ireland that may rub you up the wrong way.

One American family popped into Ireland’s number one tourist attraction but admitted that they didn’t want a tour at all, just a pint of Guinness…which would have been an option by itself in every single pub in the capital, including multiple nearby.

But the New Jersey group opted to pay for the tour, despite not wanting to be there, and then give a scathing review.

They said: “We stopped here after a long day of touring. We did not want another tour but wanted to enjoy a Guinness at this location. We were told that we would have to buy the severely inflated tickets just to get to the bar regardless of the tour so we passed. Very disappointing. Bar should be an option without tour.”

It’s worth noting that 47,000 people have reviews this particular attraction, and over 35,000 of those said the trip was either “brilliant” or “very good”.

Trinity college, the home of the Book of Kells, wasn’t to the liking of one tourist after the “aggressive” birds made her submit a “terrible” rating for the place.

She said: “The birds are aggressive af(as f**k) beware of your sandwiches.”

Spike Island ‘not suitable for rain’

One bunch of visitors to Cobh’s Spike Island were left bemused when it, shockingly, rained on their trip out to the history-filled island.

But the rain, in their opinion, was a fault of those who run the island who instead of preserving the spot’s history, felt it should have been rainproofed.

They said: “It’s very wet and very uncomfortable and if we hadn’t been persuaded to book ahead we wouldn’t be here. But then, it is August 1 and we hadn’t expected torrential downpours.

“And Spike Island tours have no fallback plan for rain. That’s why we are prey to the elements as we listen to stuff about the island that isn’t that interesting really. Or not interesting enough to distract us from the rain oozing down the backs of our necks as we eventually agree that there is nothing for it but to abandon the guide and run for the cafe. The cafe is a perfect place to shiver while we wait three hours for the return boat.”

If only someone told them Ireland is prone to rain.

This reviewer headed onto O’Connell Street, and safe to say they wont be back, saying: “You would think you walked onto the set of a post apocalyptic movie where the population have turned into the undead. Don’t bother coming this direction in town there’s nothing to see.”

The Cliffs of Moher is not to everyone’s liking

One American tourist was unimpressed by the safety precautions taken on the cliffs, Bobby from Oklahoma said: “Continuous 4.5 foot flagstone slabs set 15 feet from the cliff edge have been placed around the most scenic areas, presumably to keep idiots and small children from falling off.

“The result is often that only the top halves of the cliffs are visible even for someone quite tall like myself. The brochure I was given mentioned puffin birds on a lower cliff, but this was completely obscured by the barriers.

“Long stretches of the walled path are only wide enough for 1 person a time and border a barbed, electrified fence (thankfully turned off). Squeezing by others over several hundred meters while trying not to snag yourself on barbed wire greatly reduces the romance of the vistas.”

The visitor centre actually clapped back at this review, emphasising just why these slabs are needed, they said: “The flagstone walls are built using Liscannor stone it has been used for centuries by local people to ensure a safe distance is kept from the cliff edge by humans and animals alike.

“There are three main viewing platforms at the Visitor Experience, the main platform, and one North & South. You can also view the Cliffs from the top of O’Brien’s Tower entrance is included with your admission ticket. Our staff are stationed around the site including the viewing platforms and are happy to assist with the best places to view the birds or the sea stack.”

One Australian complained about the amount of people there, calling it the “Cliffs of more tourists”, not expecting a vibrant crowd despite it being Ireland’s most visited attraction.

They added: “Friends told me this was an unspoiled spot when they visited years ago – when there were no bus park, entry fee, strip of gift shops or crowds.”

READ MORE: Stunning Irish beauty spot named one of the ‘Most Popular Selfie Spots In The World’

Tue Apr 19 , 2022
When you buy through our links, Insider may earn an affiliate commission. Learn more. Confession: I’m a habitual over-packer. No matter how short the trip, I can’t help but plan outfits for every possible scenario, no matter how unlikely – not to mention all the skincare and hair tools to […] 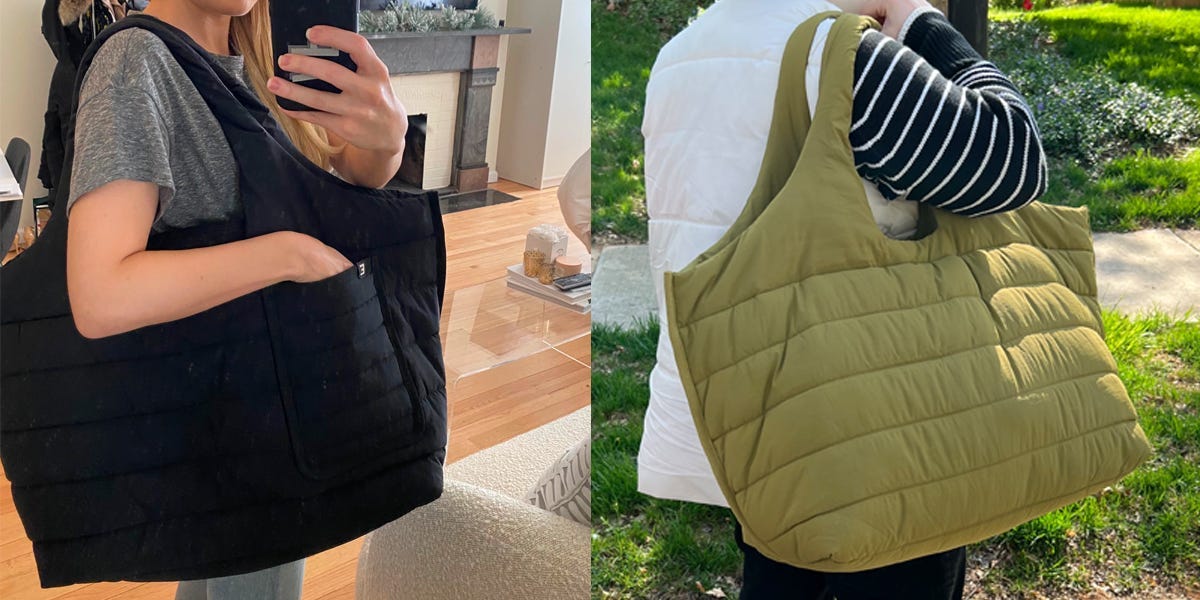