The birthrights of Kiwis are many and glorious – among the finest is the family summer camping trip. Photo / Getty

The birthrights of Kiwis are many and glorious – among the finest is the family summer camping trip. Winston Aldworth offers tips for first-timers

What’s that I hear? Can it be the magical call of cicadas? Mother Nature’s clarion call to Kiwis to prepare for another mighty summer? Ah, no … hang on … it’s just tinnitus from the stress of being shut indoors and locked down for too long.

It’s been a tough lockdown, and our community has never been more tightly wound, more fractious, more scratchy and more likely to march on Parliament with a list of daft grievances. We’re all in need of a change of scenery, and there are few better ways to change the scenery than by pitching a tent.

It’s only by removing ourselves from so many modern comforts that we can appreciate their joys and gain perspective on their downsides. The primal energy of a summer camping trip can recharge a weary soul and reset your vision for the year ahead.

It’s been said that the worst day camping is better than the best day at work. While that’s not strictly true – I’ve survived floods, bush cockroaches the size of your hand and beer shortages on baking hot days – it’s fair to say the best days camping, and even the most average ones, can raise your soul.

There are many different ways to camp – the campground needs of childless Gen-Zers will be different from freshly minted Millennials and familied-up Gen-Xers. And Baby Boomers? Go park your motorhome over there.

My advice to young families: start early. Our family of four have been regular and happy campers since the kids were toddlers. Almost a decade later and the week we spend parked up at Ōpoutere Beach Coastal Camping is pretty much the best week of their year.

Nervous beginners can start easy at one of the gorgeous regional campgrounds within an hour’s drive of Auckland. These sites are close to home, in case of a blowout, and cheap as chips. But be aware, they can be very basic on the facilities front: don’t expect hot
showers and kitchens.

Top tip: There’s no shame in driving home from these handy spots for a shower and a feed.

Do you love your family? Good – glad to hear it. You might love them less after a week spent in a tent with no other human distractions. A successful camping trip needs to involve more than merely taking the same people you share a house with for the rest of the year and planting them in a tent.

Our days at Ōpoutere begin with coffee under the giant, scruffy pine tree around which we’ve been able to claim our tent sites over the years. Off the top of my head, I couldn’t tell you how many families have wandered into our group and set up camp, many becoming long-term fixtures of the crew as the years roll on. Might be 10 total? More than a dozen if you count others that come and go. The campground crew are a mixed bag, some I barely see outside of that one week a year, others are regular pals. All are diamonds.

The families of your kids’ friends will be natural camp-fellows – after all, you really want them to bugger off and entertain themselves for a bit each day. Quite a bit. (A bit more guys … Well then, why don’t you go and see what’s happening in the forest … No, you can’t have another icecream … )

For family campers, there are two key efficiencies of scale in having a big crew: Cooking and childcare. By taking a turn looking after half a dozen kids on a kayaking trip or a half-arsed morning fishing mission to a nearby river mouth, you’re buying yourself a couple of afternoons of freedom when some other adult steps up to the kid-wrangling duties.

Cooking en masse is a drag on the one night of the week when you’re doing it, but bloody marvellous on the six nights when you’re sitting back, supping something cold and watching dinner appear.

There’s a fundamental philosophical divide on camping trips that you need to address early in your camping career: Are we going to be regulars at one spot, or are we going to go somewhere new each summer? If you’re going to camp with a regular set of buddies you’ll probably need to have a regular spot (go find your own Ōpoutere).

Being a regular guy has worked for me, but I can see the alternative has some appeal – the magic of showing your kids another corner of our gorgeous country and maybe revisiting old haunts of your own. I suggest getting the wanderlust camping out of your system when you’re kid-free.

As a regular you’ll find your campground’s unique rhythm, and learn the shortcuts about a place – namely, nearby icecream shops, takeaway joints, bottle shops and supermarkets. You can also untap local gems – each year, our Ōpoutere team decamps for a day trip to nearby Secret Beach, a spot you can only access via a hillside trek or by swimming through a cave from the neighbouring cove. It’s a short stretch of sand so ridiculously gorgeous you half expect to encounter a shirtless 20-something Leonardo DiCaprio holding a spear with a fish on the end of it. I could tell you where Secret Beach is, but then the others in my camping crew would have to kill me. Worry not, you’ll discover your own.

Campground routine finds its own gorgeous pace as the days merge. One day the evening cocktails are served at 7pm; the next they start with lunch.

For our group, the cocktail is important, as is the nightly meal – because if there’s one thing that camping should never be, it’s slumming it. In fact, one of the most magical things in a camping trip is when you manage to keep some shady semblance of luxury.
It’s a counter-intuitive luxury that sees you drinking cocktails you’d normally pay north of $20 for while wearing the same sweaty singlet you had on yesterday and scratching at the sand and saltwater caked over your unwashed body. The contrast underlines the magic.

There’s a lot about camping that could be grim at a near post-apocalyptic level. We’re exposed to the elements and generally a long time between showers. We’re sleeping in tents that often wouldn’t look out of place in a refugee camp, someone needs to go and get more drinking water and do you think the chicken in the chilly bin will give anyone salmonella?

You need something that flies in the face of such commonsense. Food, drink and good music elevate our camping experience. The odd disparity between living well while living so basically as the sun goes down is divine.

Top tip: On the subject of commonsense grubbiness – just quietly, a soap-free daily wash in the ocean each day of a three-day camping trip is a perfectly acceptable alternative to queuing up outside the shower block. Four days or more requires soap and a good scrub.

There is (regrettably) a degree of planning needed. Somewhere between an Excel spreadsheet (I have my brother-in-law’s one that I’m happy to share), and a few hastily blasted out Whatsapp messages, you’ll find the level of organisation that suits your group.

Your tent comes with instructions for a very good reason – follow them.

Wear Jandals in the shower – if you need to ask why, you really don’t want to know.

If your team is big enough (or if I’m in it) consider taking a keg of beer – it’s smarter than it sounds. And I mean, come on, it’s a keg of beer.

Take playing cards – board games are too much faff and the pieces invariably get lost.

When packing, let the kids fill their own school bag with their own clothes and books. Nothing more. Space in the car is at a premium.

Most top tip of all: Don’t over-camp

Know when it’s time to walk away. The first proper shower you have back at home, the first sleep in your own bed and the first flop down on your sofa will be the best ones you’ve ever had. Or at least, the best since the ones 12 months ago.

Tue Nov 23 , 2021
Traveling with kids is often fraught with both excitement and anxiety. You can’t wait to go somewhere (finally!), but you also know that the potential for meltdowns lurks around pretty much any corner. After all, so many things are out of your control as a parent, the least of which […] 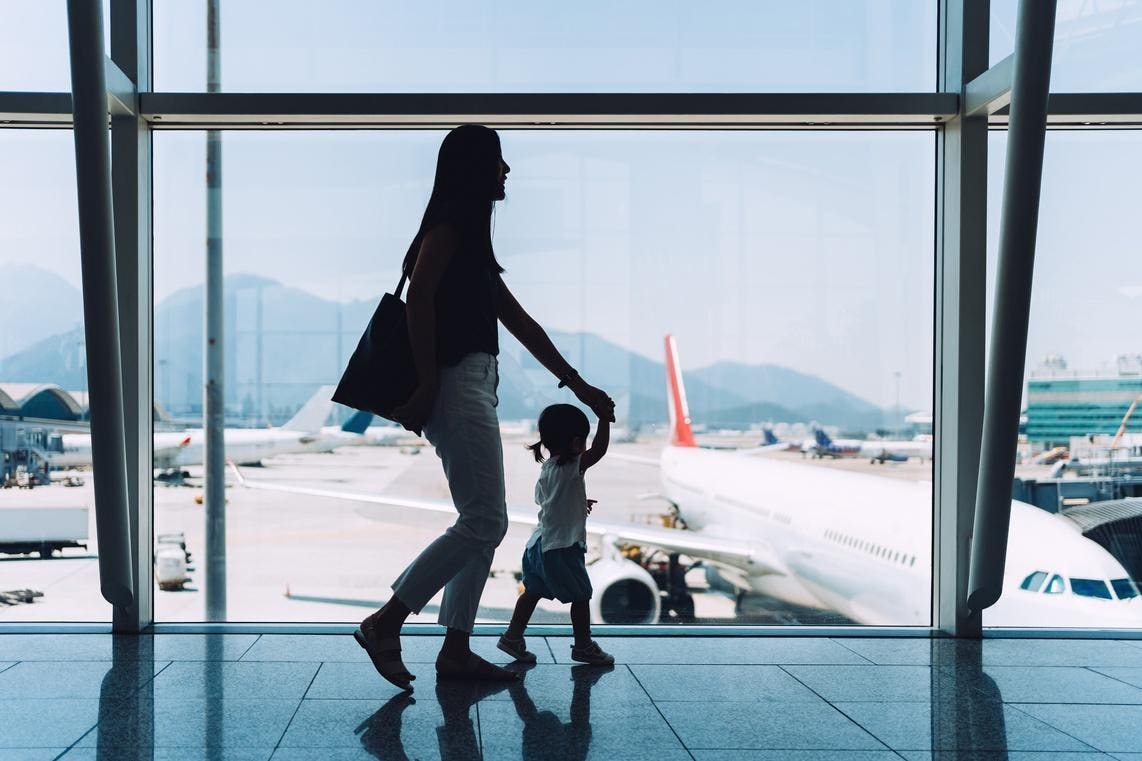