The best travel accessory? A baby! Mother who was determined to roam the world shares heartwarming memories of her family’s journeys to countries including Cambodia and Mallorca

By Bel Mooney for the Daily Mail

SHAPE OF A BOY

Have you ever been one of those harried parents on an aeroplane trying to cope with a crying babe as well as with impatience all around? Then you probably remember vowing never to fly with your child again.

Not so Kate Wickers. A travel writer used to roaming the world with her boyfriend/husband Neil, she was determined not to let becoming a mother stop her in any way. ‘Have baby, will travel’ was her mantra.

When their son, Josh, was three months old, they took him to Mallorca. At four months, Lisbon; at five months, Amsterdam. Then, when Josh was nine months old, Kate found she was pregnant again and asked the brave question: ‘Surely two little travel buddies would be even better than one?’

Many mothers would wail a loud, ‘No!’ But Kate Wickers is made of tougher stuff. Boarding a plane to Bangkok on New Year’s Day 2004 with Josh, three, and Ben, two, she imagines the boys asleep while she enjoys a glass of wine and a movie. But Ben screams and screams . . . and Kate hears the woman behind ask to move seats.

So the intrepid mother stands to address their fellow passengers: ‘I know you’re all thinking my son is a nightmare and he’ll be screaming for 11 hours, but he won’t.

‘So if you could all stop tutting and complaining while I get him settled, that would be really helpful.’

People look shame-faced and nod assent — and then Ben stops crying as the plane taxis for take-off and sleeps all the way.

Cambodia (Josh by now four, Ben three) confronts her with the dread that her sons will stare at or (worse) comment about deformity, since Phnom Penh is ‘the amputee capital of the world’. Cue a talk about war and land mines. The issue becomes real when they meet the local guide Kate has arranged and notice he has half of one arm missing. When Kate asks, he explains how, aged seven, he’d reached into a bush where there was a land mine. 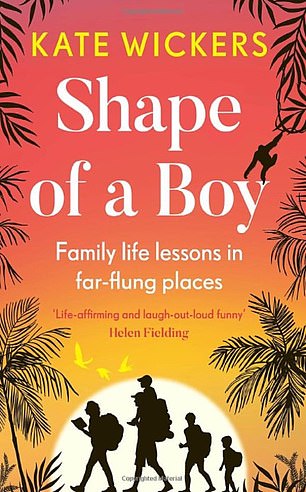 Later on the same trip, in a temple, they see a small boy sweeping the floor, one arm ending in a stump. Josh and Ben go over to him and give him a biscuit. A precious lesson has been learned.

By 2007 when the family heads to Borneo, there are three little boys in tow: Josh and Ben having been joined by Freddie.

By now, the older boys turn up their noses at food, and moan about having to explore with Mum when the alternative is a beautiful hotel pool. But in the wilds of Borneo they survive complaints, discomfort and noxious bat poo in caves, and are rewarded by the rare sight of an orangutan.

On one level, Shape Of A Boy is a highly entertaining, often hilarious series of accounts of family travels between 2000 and 2019. But on a deeper level, Kate’s determination to ‘explore the world as a family of five’ will be inspiring to all parents.

She proves that having babies doesn’t have to cramp your style — and that travel can be ‘life-defining’ for children.

At the end, the author is musing about the prospect of an empty nest, only to hear her adult sons say that yes, they’d like to come to Costa Rica. Her determination to have family adventures has been rewarded — and you sense that the fun will go on.

How to clean your tent after summer adventures

Fri Jan 7 , 2022
Travel 6 Jan, 2022 10:36 PM3 minutes to read A little care goes a long way when it comes to keeping your tent in tip-top condition. Photo / Unsplash For some people, the meticulous cleaning and packing of a tent is an enjoyable process. For the rest of us, it’s […] 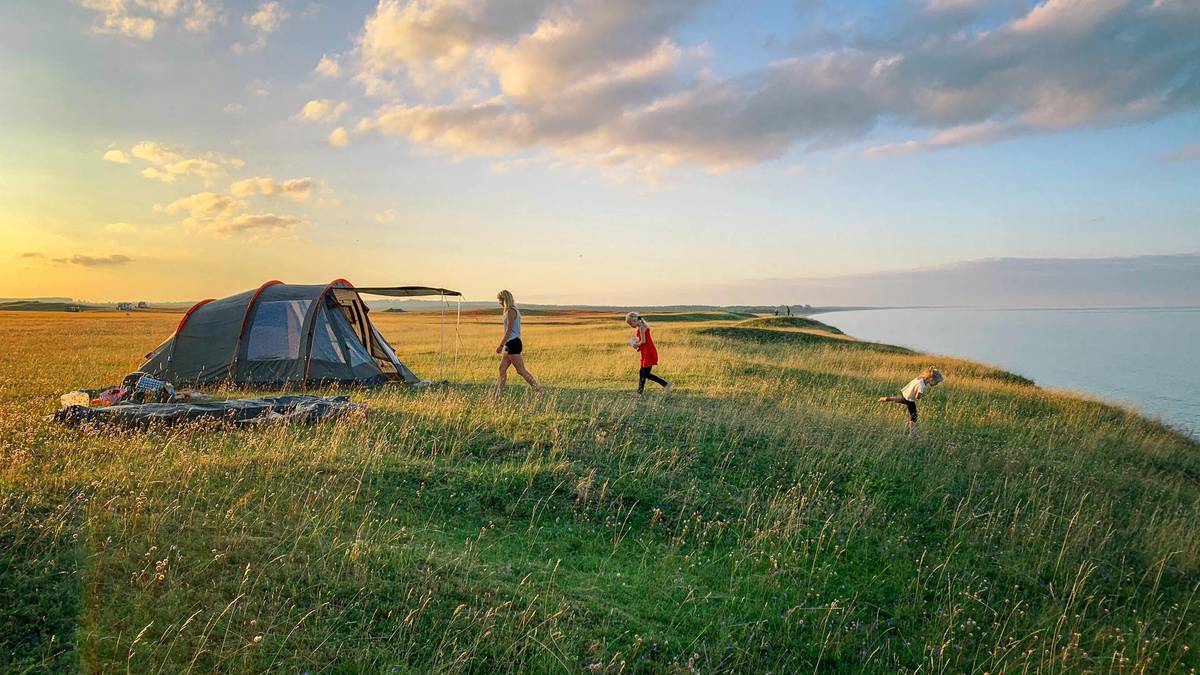