An American man flew from Costa Rica to Miami just to retrieve his luggage after his bags were incorrectly tracked.

Robert Gentel, a drone-racing enthusiast who lives in Costa Rica, told Insider the trouble started on June 15. He was due to fly from his parents’ house in San Antonio, Texas, back to his home in Santa Ana, Costa Rica, to celebrate his birthday. He booked a first-class seat on American Airlines with a layover in Miami.

He checked two bags for the flight. Gentel told Insider the bags had thousands of dollars of drone gear in them, as he had taken part in the 2022 MultiGP International Open drone race in Indiana from June 8 to June 12.

However, after he checked his bags, his flight to Miami was canceled due to a maintenance issue, he said. The airline rebooked him on United Airlines flights to Houston and then on to Costa Rica on June 16.

“I came back to the airport the next day and checked with the American desk about my bags, and was told all was fine and that the bags were already on their way,” he told Insider over Twitter.

But Gentel found out later they were not. He had placed Apple AirTags in the checked bags and saw them making their way to Miami.

Gentel made it to Costa Rica for his birthday on June 16, but spent the day texting American and United about his bags as he was bounced from one department to another. Insider reviewed some of the chats he had with the airlines.

One of Gentel’s two bags was sent to Costa Rica after a few days, but the other — based on its AirTags location — was still stuck in Miami, he said.

“With each day that was passing, I was more and more concerned that the luggage would not make it to me and would eventually be lost for good,” he told Insider.

After days with no resolution, he decided to fly from Costa Rica to Miami on June 20 to pick up the bag himself.

This time around, he said, he unpacked all the stuff he “cared about” and carried it on the plane ride home.

Gentel said he booked most of the flights with credit card points. Insider verified his flight details for all three flights involved in the multi-day luggage ordeal. He contacted Insider with his story after he read about a passenger in Ireland who bought a plane ticket to get into Dublin Airport to look for his lost bag.

A summer of travel chaos

Gentel’s experience comes amid a messy summer travel season with flight delays, lost baggage, and disruptions as demand has returned to pre-pandemic levels. The chaos started over Memorial Day weekend and is now particularly pronounced in Europe. Airlines are facing a slew of issues, including staff shortages, absences due to the ongoing pandemic, and bad weather.

While the process to get his bag back was time-consuming and tedious — he says neither American nor United offered any compensation for the trouble — Gentel said he was just “extremely relieved” to get his gear back. There would be “much inconvenience too in replacing my key drone racing gear like my goggles and my controller,” Gentel added.

American Airlines did not respond to Insider’s request for comment.

“We are dedicated to delivering bags to customers’ final destinations on time, and when we miss the mark we work hard to connect customers with their bags as quickly as possible,” a United Airlines representative told Insider.

Gentel is already thinking about what to do the next time he travels with more gear than he’s allowed to carry on.

“I’ve recently actually been thinking about booking a friend on a ticket on flights so that I can have an additional carry-on and be able to avoid checking in expensive gear,” he said.

For Chef Nikhil Abuvala, Travel Is The Best Cooking Teacher 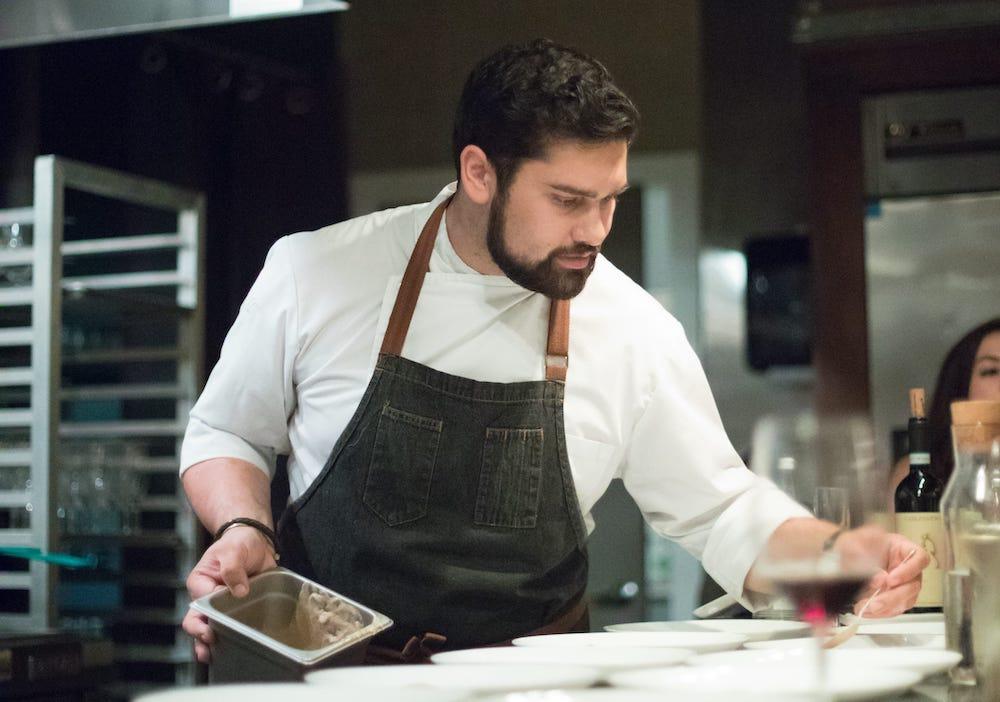