The Duke and Duchess of Cambridge enjoyed one final family trip with their children before they return to school this month.

HELLO! understands that Prince William and Kate travelled to Balmoral in Scotland with Prince George, Princess Charlotte and Prince Louis, to spend time with the Queen during her summer break.

The Cambridges have been pictured arriving at the monarch’s Scottish estate in previous years, and Kate was invited to Balmoral before her engagement to William in 2010.

READ: 20 incredible photos of the royals enjoying their summer holiday at Balmoral

WATCH: William and Kate visit former university where they fell in love

Scotland is a special place for the royal couple as they first met at the University of St Andrews in Fife in 2001.

At the opening ceremony of the General Assembly of the Church of Scotland in May, William said: “George, Charlotte and Louis already know how dear Scotland is to both of us, and they are starting to build their own happy memories here too.

“We have no doubt they will grow up sharing our love and connection to Scotland from the Highlands to the Central Belt, from the Islands to the Borders.”

MORE: The Queen takes great-grandchildren for a special picnic during summer holiday 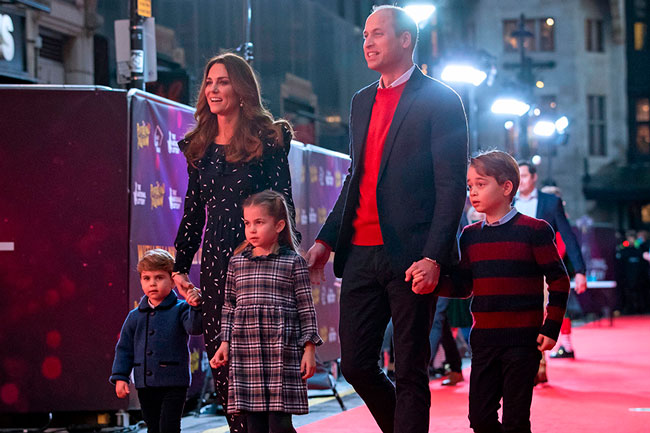 The Cambridges visited the Queen in Scotland

The Queen has had several visitors at her Scottish home this summer, including the Prince of Wales and the Duchess of Cornwall, the Duke of York and his ex-wife, Sarah, Duchess of York, and Princess Eugenie, Jack Brooksbank and their six-month-old son August.

Like thousands of children across the country, George, eight, and Charlotte, six, will soon be returning to their classrooms at Thomas’s Battersea school in south-west London. George is starting Year 4, while Charlotte will be in Year 2.

Prince Louis, three, will also return to Willcocks Nursery School, where he was enrolled in April.

Earlier this summer, HELLO! exclusively revealed that the Cambridges enjoyed a staycation on the Isles of Scilly, off the coast of Cornwall, for the second-year running.

Make sure you never miss a ROYAL story! Sign up to our newsletter to get all of our celebrity, royal and lifestyle news delivered directly to your inbox.