West Virginia resident George Tanios, who faces felony charges from the Jan. 6 riot, has asked a federal judge to allow him to travel for Christmas.

Tanios, who grew up in New Jersey, asked permission to travel there to visit family for four days. The request took the form of a motion to modify his conditions of release.

“Mr. Tanios has family in New Jersey that he has been unable to see and that cannot travel due to age and family circumstances,” his lawyer, Elizabeth Gross, wrote in the motion. “His sister is about to have a baby any day now, and he would like to be able to meet his new niece/nephew during the holiday get together for his family.”

The proposed terms of his visit would include checking in with his pretrial services officer upon departure and arrival. He would also keep his phone on and available while also submitting to any drug screens or check-ins required by the court.

Tanios was initially jailed but was granted release on home confinement after a ruling by the U.S. Court of Appeals for the D.C. Circuit. The conditions of his release were further loosened when he asked for greater flexibility to shut down the business he owned, to take a new job and to spend time going over his case with lawyers, improving his health and pursuing exercise.

Tanios, who has owned a Sandwich University restaurant, is accused of collaborating with longtime friend Julian Khater in assaulting U.S. Capitol police officers with pepperspray.

Tanios is accused of obtaining and carrying the pepperspray, and Khater is accused of spraying it at officers, causing them to be injured and resulting in a distraction that enabled others to breach a bike rack barrier outside the Capitol. One of the officers, Brian Sicknick, later died but a medical examiner ruled the chemical spray was not the direct cause.

Tanios and Khater are charged with nine counts including assaulting three officers with a deadly weapon. The charges are punishable by up to 20 years in prison.

Tanios has pleaded not guilty.

“I wouldn’t mind the court setting a trial date so we can move on to the next stage,” Gross said.

Hogan initially proposed a mid-April date, but other lawyers in the case described conflicts because of other trials already scheduled.

The judge then put off that decision and scheduled another status hearing for 2 p.m. Jan. 20. “Let’s pick another date when we come back,” Hogan said.

Hundreds of people face charges from the breach of the U.S. Capitol on Jan. 6. They are being processed in a court system still operating under coronavirus protocols.

A mob storming the U.S. Capitol that day disrupted the constitutional duty of counting Electoral College votes and prompted the evacuations of representatives, senators and Vice President Mike Pence. One woman was fatally shot while trying to climb into the chambers, three others died from “medical emergencies” and more than 100 police officers were injured.

Of the thousands of protesters in Washington, D.C., that day, about 800 went into the Capitol, police have said.

Two of those defendants have hearings next week.

Barber has a plea hearing scheduled for 3 p.m. Thursday, Dec. 16.

Courtright, who has pleaded guilty, has a sentencing hearing at 10 a.m. Friday, Dec. 17.

Sat Dec 11 , 2021
After having to break out the driveway salt and ice scraper this morning, this could not have come at a more opportune time. Located in Northern Michigan, BOYNE Golf features an unparalleled experience year round, whether you’re interested in beaches, wine tasting, hiking or skiing.  But for the golfers, BOYNE […] 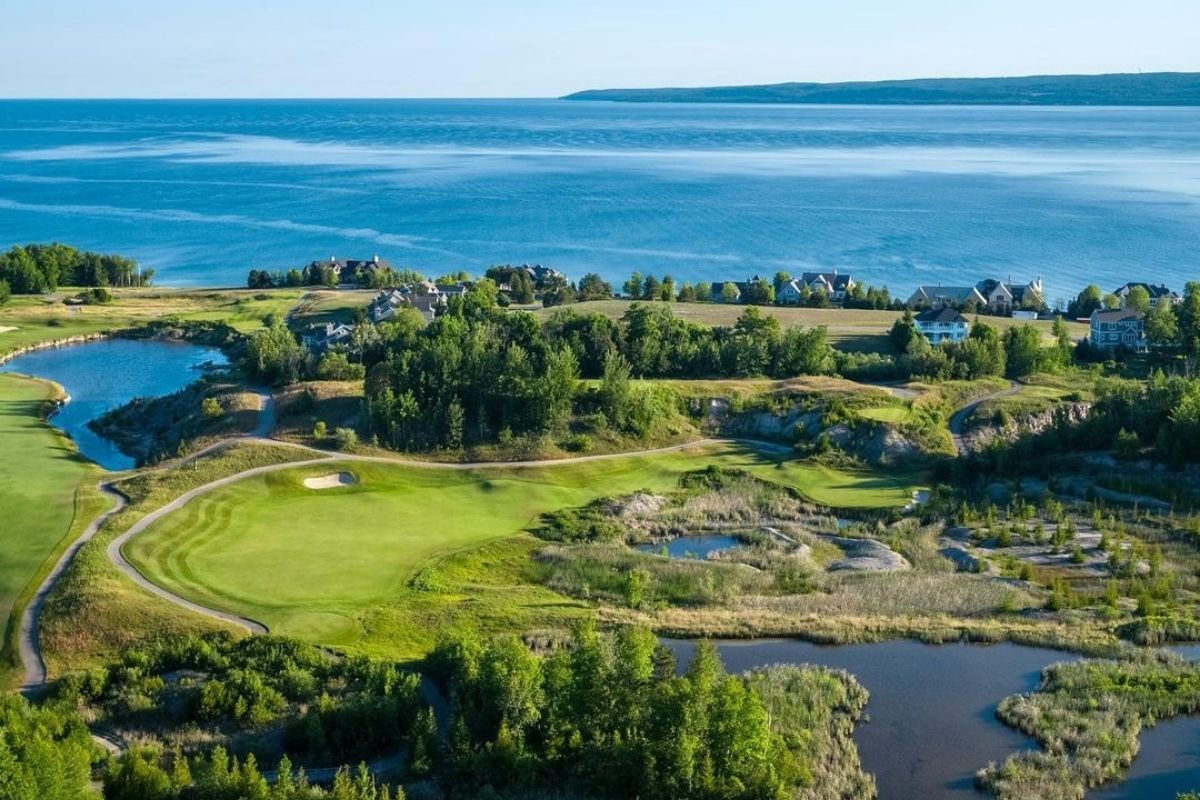