Oregon state park campgrounds were packed in 2021, as locals and tourists alike left the comforts of their homes to sleep under the stars, among evergreen forests and beside the gentle roar of the ocean.

The Oregon Parks and Recreation Department reported a total 3,026,756 camper nights last year, far outpacing the pandemic-impaired numbers from 2020, and eclipsing the 3 million mark for the first time, the department said.

In state park parlance a “camper night” is one camper spending one night at a campsite. A family of four spending two nights in a tent, for example, would equal eight camper nights. And since virtually every campground saw a dip in numbers during statewide park closures in 2020, it’s more useful to compare the recent numbers to those in 2019, when state park campgrounds were in the midst of a huge surge in popularity.

Most of the growth in 2021 came on the Oregon coast, which saw a 9% increase in camper nights over 2019 — the only region in the state to see an overall increase last year. More than a third of that increase came from the massive campground at Fort Stevens State Park outside Astoria, which alone saw 343,485 camper nights last year, far more than any other.

Parks department spokesman Chris Havel said the data show a continued trend of mid-week camping in the summer, as well as weekend and holiday camping in the fall, winter and spring. The numbers also continue a significant uptick in state park camping that began in 2012, a trend that park officials see as a win.

The Oregon Parks and Recreation Department will be celebrating its 100th anniversary in 2022, marking the occasion with special events that might draw even more people to parks across the state. The centennial celebration of the National Park Service in 2016 led to record numbers of national park visitors that year.

At state park campgrounds on the Oregon coast, securing campsites might be competitive for the centennial this summer — at least if last year’s numbers are any indication. Almost every state park campground on the coast saw more camper nights in 2021 than in 2019, and while the most popular campgrounds got a little more popular, the biggest increases by percentage were at two of the smallest places: Umpqua Lighthouse and Humbug Mountain state parks.

Smaller campgrounds in eastern, central and southern Oregon also saw big increases last year, continuing a trend from 2020 that saw more people looking for more remote getaways amid the pandemic. Some of the least-visited state park sites in recent years saw huge jumps in camper nights in 2021, including Red Bridge State Wayside and Hilgard Junction State Park outside La Grande, as well as the tiny, remote Minam State Recreation Area along the Wallowa River, which saw an eye-popping 254% increase last year, going from 5,498 camper nights in 2020 to 19,460 in 2021.

Willamette Valley campgrounds, meanwhile, saw their camper nights down compared to 2019, almost across the board. Increases at the popular L.L. Stub Stewart State Park, as well as the state park campgrounds of the Columbia River Gorge, were outweighed by decreases at places like Milo McIver, Willamette Mission and Detroit Lake state parks.

Some decreases were due not necessarily to unpopularity, but to campground closures that followed wildfires, windstorms and flooding — events that have become a more frequent threat to campers in recent years.

Money that has been earmarked for Oregon state park improvements will go to both adding new campsites and moving existing ones out of harm’s way, as campsites in some parks are currently threatened by eroding cliffs, rising rivers and wildfires. In 2021, the state Legislature approved a $50 million bond to upgrade Oregon’s state parks over the next two years, a plan that will include new campsites at some of the state’s busiest parks, in addition to infrastructure and other projects.

That may help alleviate crowds in the state’s busiest campgrounds, but not if crowds continue to grow apace, an issue the parks department said it is keeping an eye on.

“It’s a concern,” Havel said of the overcrowding at campgrounds. “Planning, designing, and building new sites takes a couple of years, in some cases more time than the three year limit on the bonds, so we’re still in pursuit of a long-term solution.”

Fri Jan 28 , 2022
Jenni ‘JWoww’ Farley, Angelina Pivarnick and Deena Cortese Buckner lasted less than three minutes on a hike on Thursday’s episode of Jersey Shore: Family Vacation. ‘I wanted to see LA. I didn’t want to do this,’ said Deena, 34, as soon as she saw the dirt hiking path. Jenni, 35, […] 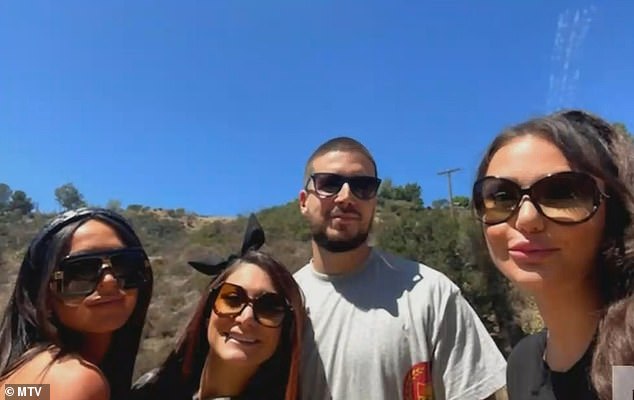