The cancellation of a Freedom High School band trip to Hawaii’s left students heartbroken and families out more than $100,000.

About 10 parents and students attended Monday night’s Bethlehem Area School Board meeting to urge the school district to reconsider the decision to cancel a December trip to Pearl Harbor amid coronavirus concerns. The pandemic already led the trip to be postponed once. Parents are asking the district to reimburse them the cost of their lost deposit if the district won’t revisit the cancellation.

Speakers emphasized Hawaii’s strict COVID-19 mitigation protocols for travelers, the trip’s largely outdoor itinerary and the student’s hard work and commitment to making the trip happen. The roughly 130 travelers are aware of the potential risks, they said.

“The strict travel protocols are why I believe we can do this trip safely,” parent Heather Raneri said, offering for students to test negative before returning to school. “I am personally willing to assume those risks for my vaccinated children to take this trip and have this wonderful experience.”

The school board approved the Patriot Band’s rescheduled Hawaii trip in May when Northampton County’s COVID-19 infection rate stood at 14 per 100,000 and falling. Today, the county’s infection rate is 192 per 100,000, according to the Centers for Disease Control and Prevention’s 7-day moving average.

The district debated whether it was wise to entertain the idea in May, Superintendent Joseph Roy said. When he was told families already stood to lose their deposits anyway, and a decision could be made later in the fall before the next payment was due, Roy brought it to the board. He expected the band director and Freedom’s principal to bring the issue back to him to review it before the next big payment.

“The band director in my estimation should’ve been raising his hand to the new principal, saying, we need to talk about it,” Roy said.

Surging coronavirus cases counts pushed the Bethlehem Area School District earlier this month to its highest mitigation level where masking is mandatory for all and field trips are cancelled. This led new Freedom Principal Laurie Sage to arrange a meeting with the band and choral director; Kristen Wenrich, the city health bureau director; and a St. Luke’s official, Roy said. The health experts urged the band not to make the trip and to not make its next payment, Roy said.

The superintendent then invited Sage to attend the district’s public health team meeting to also discuss the trip, where district staff and Lehigh Valley public health experts from the city health bureau and St. Luke’s University Health Network all weighed in.

“It was complete unanimity that it was unwise to continue with the trip,” Roy said.

Freedom High School’s nurse, who did much of the district contact tracing last year and would be the medical provider on the trip, said she did not support the trip either, he noted.

“It would not be a wise decision for the school district to go against the consensus of advice from our health group that has been guiding our decisions all the way through the pandemic,” Roy said. “I get the passion. I get the frustration, but from a reasoned standpoint we are not going to put kids on a plane to Hawaii when field trips to SteelStacks are canceled.”

Parents and students were upset Roy did not speak to them personally about the decision, but the superintendent said the trip falls under the purview of the principal and band director, so that is who informed the band. They also are distraught the decision came days after a deadline where a portion of the existing deposit became nonrefundable. The superintendent acknowledged this, but noted it was made before another large payment was sent out, Roy said. Only a handful opted for trip insurance, he said.

“If we hadn’t made the decision now, but in another month they’d be out twice as much,” he said. “I totally get the kids’ disappointment and frustration.”

Both parents and students Monday night emphasized that Hawaii has some of the nation’s strictest pandemic protocols. Unvaccinated U.S. travelers must have a negative test result within 72 hours of their final leg of departure from an approved test provider to avoid the state’s mandatory 10-day quarantine.

Trip organizer Michelle Ruhf shared the band’s educational and largely outdoors itinerary with the school board and urged them to reconsider.

Freedom senior Emily Raneri said she feels more comfortable boarding a plane where everyone has tested negative versus sitting in a Freedom classroom where she has no idea if her classmates are fully vaccinated or following virus safety protocols outside of school.

While Hawaii has strict traveler protocols, it’s currently seeing high levels of transmission. Hawaii’s community transmission rate of 341 cases per 100,000 people over the last week ranks it tenth highest in the nation, behind southern states like Kentucky, Georgia, Texas, Alabama and Florida, according to the CDC. Pennsylvania also is defined as high transmission, but the state’s population-adjusted infection rate of 134 new infections over the last seven days ranks it low nationally.

One of the district’s top concerns is that a student or chaperone could test positive for the virus in Hawaii and get stuck in quarantine for 10 days, Roy said.

Our journalism needs your support. Please subscribe today to lehighvalleylive.com.

Sara K. Satullo may be reached at [email protected].

Wed Aug 25 , 2021
Ready for the weekend (Picture: Metro.co.uk) Whether it’s going to a festival, camping with the fam or relaxing in the garden, this Bank Holiday weekend is worth celebrating properly. The sun’s finally on it’s way, so it’s time to crack open some bevvies, get your favourite BBQ bits ready and […] 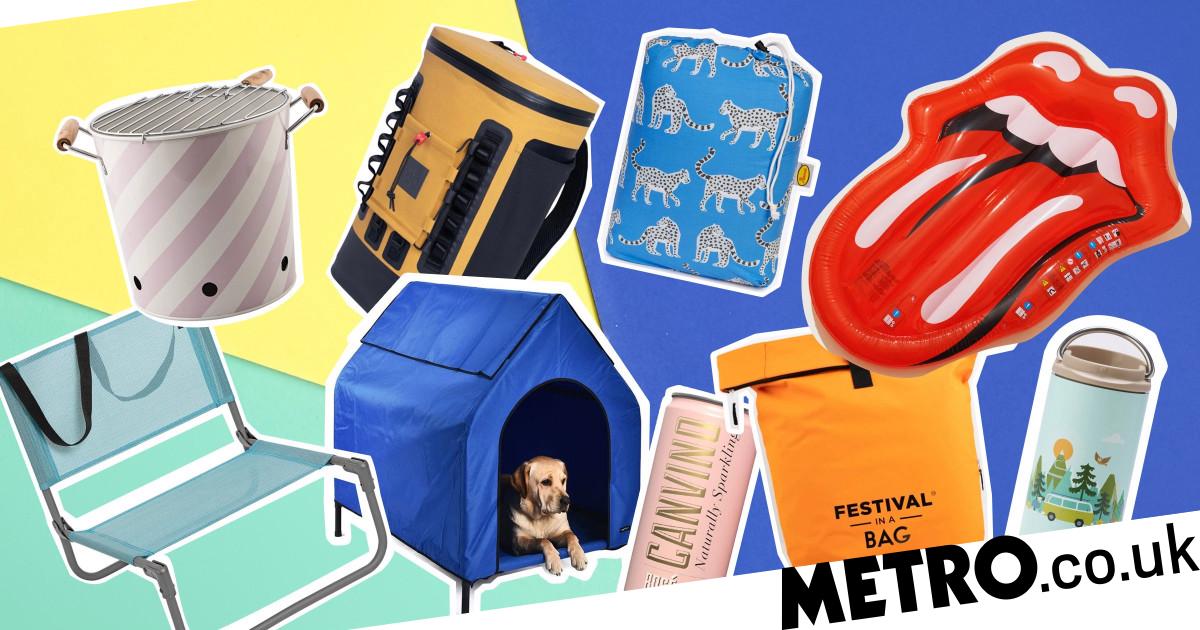