Families of victims of a serial killer who terrorized Florence in the 1970s and 80s are demanding a new probe into one of Italy’s darkest unsolved mysteries, a lawyer said on Friday. Relatives of three victims have formally asked prosecutors in the Tuscan city to look afresh at potential leads into the so-called “Monster of Florence,” believed to have murdered 16 people.

“We are looking for the truth, with a new investigation, and we’re convinced that there are elements in the old case files that were wrongly overlooked,” lawyer Valter Biscotti told AFP.

Biscotti represents Estelle Lanciotti, the eldest daughter of French victim Nadine Mauriot, who was shot dead in 1985 with Jean Michel Kraveichvili during a camping holiday in Italy.

The victims were all couples, killed with the same Beretta pistol. Most were attacked in cars, during or just after having sex. Mauriot, murdered in her tent, was one of four women whose breasts or pubic areas were mutilated.

“We want a fresh look at a lead concerning a suspect named in an old police file who was never investigated properly, as well as DNA found on anonymous letters,” Biscotti said.

Years of investigations into the murders, which took place in small towns around Florence between 1968 and 1985, lead police to suspect everyone from a poor farmer to Italy’s secret service and a satanic cult.

Five men were at one point or another accused of the killings but in each case, while they were in jail, another murder took place and they were freed. One of these men had confessed.

The lawyers for relatives of Mauriot, Kraveichvili and Carmela De Nuccio, who was killed in 1981, have requested access to the case file of one-time suspect Pietro Pacciani, a farmer.

Pacciani, a convicted murderer who was also found guilty of raping his two daughters, was given life in 1994 for killing six of the eight couples but was cleared by an appeal court two years later.

That ruling was then overturned by Italy’s highest appeals court but Pacciani died in 1998 from a heart attack at the age of 73 before he could be retried.

Prosecutors had portrayed Pacciani as a violent and sex-obsessed man who committed the murders with several friends with whom he used to frequent brothels.

Two of those friends — Mario Vanni and Giancarlo Lotti — were found guilty of four of the eight double murders after Lotti confessed. Both were jailed and both have since died.

There were “inconsistencies” in Lotti’s confession, however, and some of the murders remain unclaimed, suggesting “none of the trials so far have got to the whole truth,” Biscotti said.

Other suspects included another friend of Pacciani’s, Giampiero Vigilanti. A police search of his house in the 1980s found newspaper cuttings on the killings and bullets of the same make used in the murders.

Biscotti said he and the other lawyers want the probe into Vigilanti, now 90, to be reopened.

They also want male DNA found on anonymous letters sent to prosecutors in 1985 — which did not match Pacciani’s — to be compared against the suspect they say police were too quick to overlook.

Last year, Deadline reported that Antonio Banderas had been cast to play Italian crime reporter Mario Spezi in a series called “The Monster of Florence,” based on the book by Spezi and American novelist Douglas Preston. In the book, the authors uncovered a series of alleged mistakes made by police during their investigation of the murders.

Spezi was arrested in 2006 by authorities in a probe that also entangled Preston, the Associated Press reported. Prosecutors accused the journalist of slander and of sidetracking their investigation into the “Monster of Florence” murders.

Sat Mar 26 , 2022
CEDAR RAPIDS, Iowa (KCRG) – A Cedar Rapids family is planning a trip to Florida to get the most out of the time they have left with their teen daughter. 17-year-old Abbi Smith was once a high school swimmer, bowler, and a 4.2 GPA student, but that all changed when […] 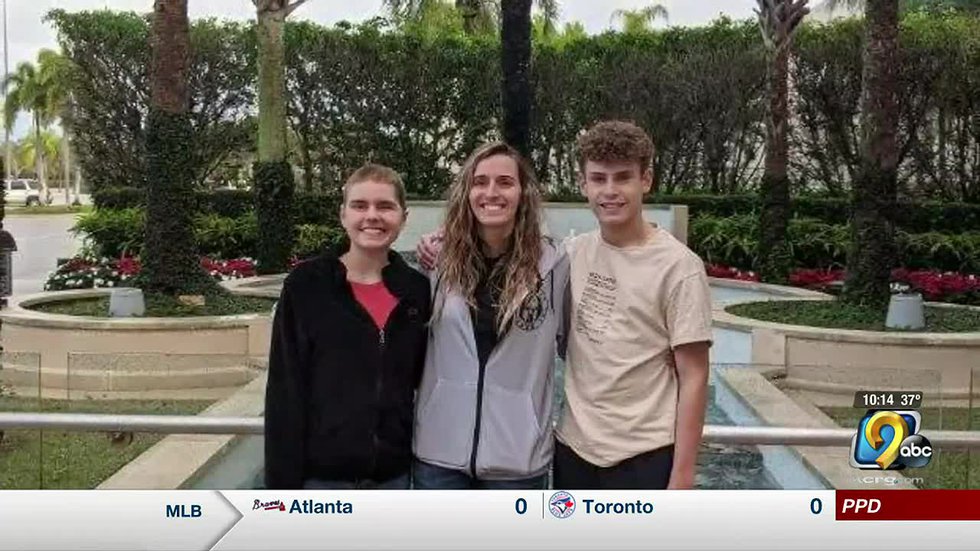