If you are planning on booking a vacation to Disneyland Paris Resort, be aware that your travel will have to be booked separately.

In the past, Guests who were looking to travel to Disneyland Paris Resort to enjoy Disneyland Park and Want Disney Studios were able to book a travel package through Disney as they would sell vacation packages that include travel; now, this feature is coming to an end this month.

Starting this month, Disneyland Paris is no longer selling packages that include travel. UK Guests are directed to The Walt Disney Travel Company (link below). Guests from other markets must sort travel independently.

Starting this month, Disneyland Paris is no longer selling packages that include travel. UK Guests are directed to The Walt Disney Travel Company (link below). Guests from other markets must sort travel independently. https://t.co/gECG0Sii59 pic.twitter.com/EMPfGSV61X

Now, Guests are being redirected to The Walt Disney Travel Company’s website, which will allow them to purchase flights with their hotel. This is not a massive deal for travelers, but just a slightly more minor inconvenience for those who enjoyed booking their vacation in a one-shot in a package deal.

At Disneyland Paris, lots of changes are coming to Walt Disney Studios as well as their Disneyland Park, with the 30th anniversary just months away. Walt Disney Studios is adding a massive addition that will include Star Wars, Marvel, and Frozen, as well as their very own Avengers Campus, which will be the first section to open in the Park. One of the biggest changes that we have seen is on Sleeping Beauty Castle, which was covered by a box facade for months. Recently, Disney began to uncover the castle to reveal a stunning, magical masterpiece.

We have recently seen Disney’s Sequoia Lodge reopen while the Disneyland Paris Resort continues to undergo a refurbishment. On top of that, we have seen price increases for pins and stunning snowfalls! Disneyland Paris Guests will also encounter a Fantasyland refurbishment ongoing for the next while, and should know that Premier Access is now being utilized, so if you want to skip a line, you will have to pay per person per ride to use the old FastPass lane.

Did you ever book your Disneyland Paris vacation this way? Let us know in the comments below!

Let the expert team at Academy Travel help you plan your next magical vacation to Disneyland Paris! Or, do you want to head to Walt Disney World Resort’s four theme parks? Visit Magic Kingdom, EPCOT, Disney’s Animal Kingdom, and Disney’s Hollywood Studios — and the Disney Springs shopping and dining district!

Christmas In Europe? The 20 Best And Safest Christmas Markets According To European Best Destinations 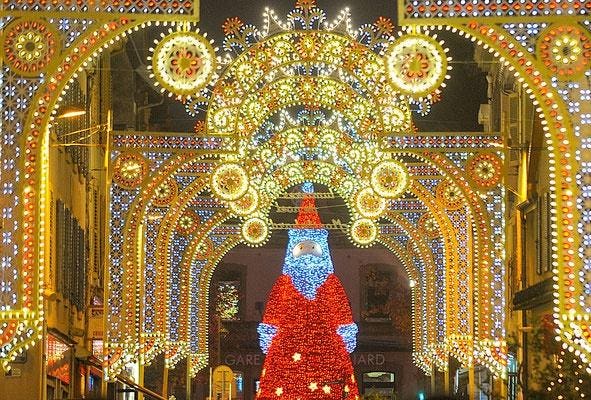