COVID-19 restrictions have forced many Brits to holiday closer to home, often making hotel rooms more expensive and harder to come by. But a charity called the Churches Conservation Trust is helping out while helping itself raise funds in the process.

The trust maintains and restores a portfolio of more than 350 beautiful, old, redundant churches. For several years, the trust has been renting out a place for visitors to camp — or “champ” — among the pews in a dozen or so of these buildings. The scheme has proved wildly popular during the pandemic.

On Halloween weekend, Marketplace checked out the champing experience in the St. Mary the Virgin Church in the small village of Edlesborough, some 40 miles northwest of London.

Our guide was Wyn Johns, one of the local volunteers who look after the 13th-century church, which hasn’t held regular religious services for decades. Champers can now pay around $80 a head to bed in the chancel for the night.

“It’s so atmospheric,” Johns said. “There are so many features to see and enjoy.”

“We do encourage people to walk up these steps into the pulpit. We have a notice up there that reads ‘Climb up and read aloud!’” Johns said as he did just that.

“I could just read a verse from the Bible: ‘Love is patient. Love is kind. It does not envy. It does not boast,’” he intoned from the podium.

Even though this is still a consecrated church, Johns and the conservation charity are relaxed about the champers delivering more secular texts and on the lectern have provided a transcript of Winston Churchill’s most famous wartime speech, “We Shall Fight on the Beaches.”

They’re even happy for the champers to have a party in this place of worship.

And the building hasn’t suffered from champing? “No it hasn’t,” he said. “The only minor problem we had was when someone played the organ and left one of the keys stuck down. Now we ask the visitors not to touch it. But the building has benefited from the champers because of the money.”

No more than eight champers can stay at St. Mary the Virgin each night, and they must all belong to the same group or family. Camp beds are provided and hot water bottles, too — essential at this time of year, as there’s no heating and it can get pretty chilly in the church.

And pretty spooky too, especially around Halloween.

“Yes, and especially as we have bats in here,” Johns laughed.” All part of the experience! “

At that moment in our tour, a pair of champers arrived for the chills and thrills of a night in the church.

“It’s an interesting weekend away,” said Gareth Bannister, an IT project manager. “An escape from London if you will, in the countryside. Nice pub nearby. Plenty of things to keep us interested for an evening.”

Neither he nor fellow champer Lisa Ejarque, an accountant by profession, were perturbed at the prospect of an eerie experience. In fact, quite the opposite.

“That’s the intention,“ Ejarque said. “We’ve brought some horror movies to watch on my tablet.”

We didn’t tell her about the bats but said we would come back the following morning to find out how they’d coped spending the night in a cold, empty and “atmospheric” church.

The Churches Conservation Trust says it’s had its busiest ever season for champing: The trust hosted more than 1,500 visitors across the United Kingdom.

“Interest in the concept has been extremely high this year for lots of different reasons,“ said the trust’s head of enterprise, Guy Foreman. “One of the reasons has been the pandemic.”

Not only because of the rise in staycations; Foreman said the fact that only one small, discrete group of people — or bubble — can champ together in each church has been an ideal arrangement at a time of social distancing. He believes another reason for the growing popularity of champing is the growing demand for a richer, more experience-based vacation.

“Nowhere else can you stay overnight in a building that’s steeped in so much history, somewhere you can call a unique building your own for the evening,” he said.

Meanwhile, the morning after our tour of St. Mary the Virgin, we returned to check up on Lisa Ejarque and Gareth Bannister. So, how did it go?

“Yeah, very good,” they said in unison. “With plenty of layers of clothing on, in our sleeping bags, and with our hot water bottles, we were very warm and comfortable,” Ejarque said.

They didn’t encounter any bats, and they didn’t terrify themselves half to death with their horror movies. In fact, they found the ambiance at the dead of night only mildly unnerving.

“I heard a few small noises. I wasn’t sure if it could be church mice, but I heard a few things. Some creaking,” Bannister confided.

“But it was totally fine,” Ejarque said. “We had a good time. We’ll definitely do it again.”

The U.S. lifts the pandemic travel ban and opens the doors to international visitors : NPR

Mon Nov 8 , 2021
Passengers walk through Salt Lake City International Airport, Oct. 27, 2020. More than a year and a half after COVID-19 concerns prompted the U.S. to close its borders to international travelers from countries including Brazil, China, India, South Africa, the U.K. and much of Europe, restrictions are shifting to focus […] 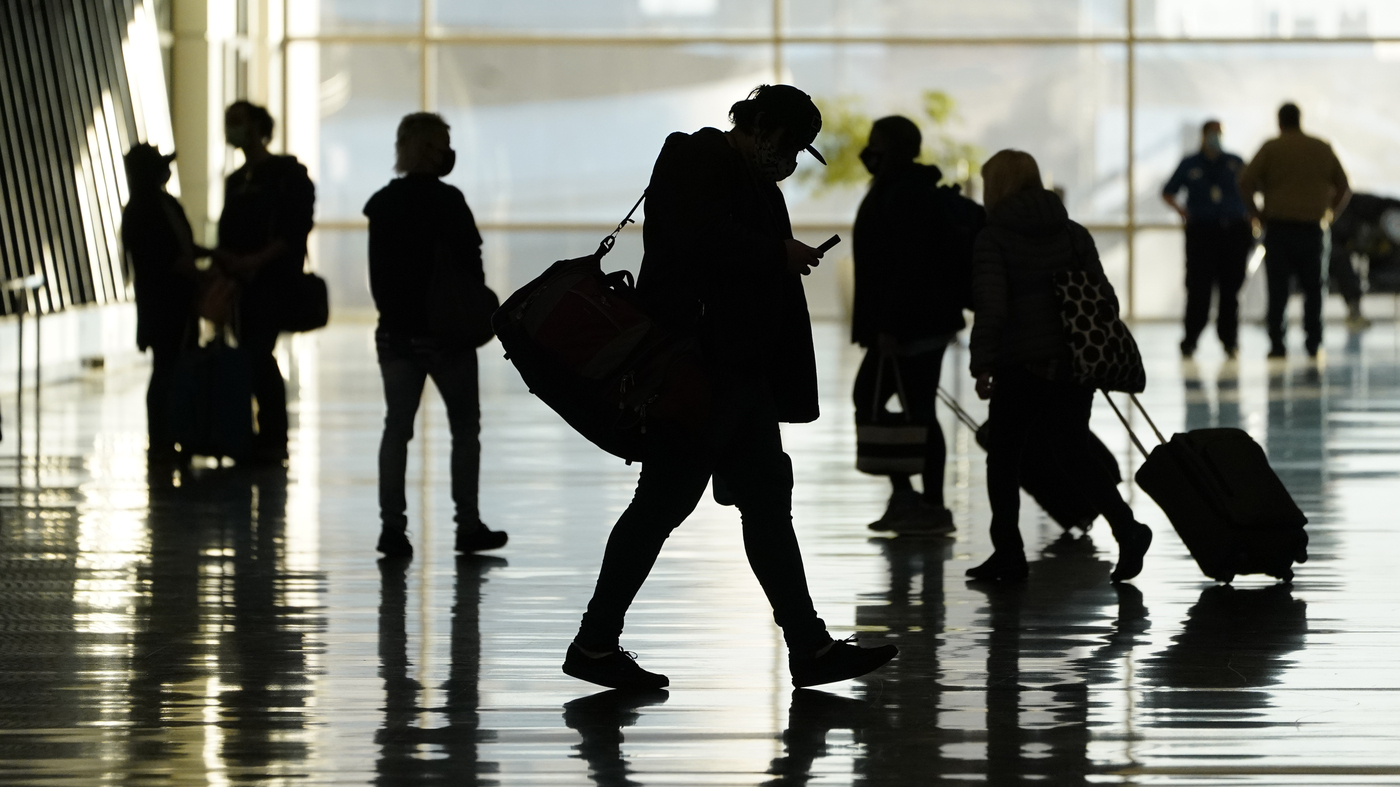