Most trips to Barcelona start with a visit to the Old City — “Ciutat Vella” in Catalan. The historic center is home to the area’s main tourist attractions like La Rambla, La Boqueria, the Cathedral of Barcelona, and all the twisting, shaded alleyways and medieval architecture that many foreigners associate with the Catalan capital. Before COVID-19, these very charms and the tourists they would draw had begun to keep away many actual Catalonians, and even a certain type of traveler, for fear of succumbing to the sea of T-shirt shops, goblets of sangria, and less-than-stellar tapas. Savvier travelers were already spending more time in the northern neighborhood of Gràcia — and then came the COVID-19 pandemic, which predictably hit the Old City hardest of all. Visitors disappeared overnight and left an eerie quiet, with shops shuttering one after the other.

Now, Barcelona’s renewed enthusiasm for much-missed visitors and the closure of many eyesore, for-tourists-only places has once again refreshed the Old City’s status as an absolute, unavoidable — nay, critical — must-do. These rambling passages boast a uniquely quirky mashup of family-owned businesses that have been passed on from generation to generation, sharing the same block with new, design-conscious storefronts, and of course loads of memorable places to eat and drink.

Locals think of the Old City as containing three distinct neighborhoods: the Gothic Quarter, the historic heart of the city, where Barcelona as we now know it began to unfold in 230 BCE; El Born, with a comparatively high concentration of good spots for eating and drinking in the Old City; and El Raval, home to the famous, tourist-packed Boqueria market. They may feel similar at first, but each has a distinct personality:

The Gothic Quarter, where some of the streets and buildings date back to the 12th century, has a high concentration of architectural gems: the remains of the Roman walls; the stunning Cathedral of Barcelona, its facade teeming with sculptures and buttresses; and the Plaça del Rei, a reminder of Barcelona’s medieval wealth and splendor. But among those ancient sites, there’s a lot of stuff less rooted in local history to be found here — things like toddler flamenco dresses, ceramics of charging bulls, and FC Barça merch. The larger streets still have some remnants of the large tourist targeted laminated menus. But take a turn onto a quiet square like Placeta de Manuel Ribé, pick a sunny spot at one of the cafes, swirl your vermouth so that the large ice cubes clink — and you won’t want to be anywhere else.

“Born” means “jousting field” in Catalan, and indeed, the tree-lined Passeig del Born used to host jousting matches, and was once home to the city’s largest fruit-and-vegetable wholesale market, which is now the El Born Centre de Cultura i Memòria. The Passeig del Born leads up to the Basílica de Santa Maria del Mar, an example of Catalan Gothic architecture (identifiable by its hexagonal belfries and lack of flying buttresses) built with stones from the quarries of Montjuïc by the merchants that once lived here. Much of the neighborhood is pedestrian-only, which means it’s easy (well, easier) to float from shop to shop, and some of the cafes and restaurants offer outdoor seating, which can be fully enjoyed without the interruption of car traffic. Though there are some larger restaurants, the majority are small and independently owned.

Once known as a dangerous part of town for tourists, these days El Raval is finally gaining appreciation, thanks in part to its status as one of the most culturally diverse areas of the city, where a halal butcher, a Filipino grocer, and third-wave coffee shrine all inhabit the same block. This is where you’ll find hard-to-source ingredients like frozen curry leaves or Moroccan preserved lemons, beneath balconies heavy with colorful laundry and dangling plants.

Here, then, is a guide to making the most of each distinctly delicious neighborhood, and avoiding the riffraff in the process.

Suzy Taher is a Barcelona-based writer and founder of the blog Foodie in Barcelona.

Note: Restaurants on this map are listed geographically.

Sat Oct 30 , 2021
Like Extremely high-quality bag Well-designed compartments and configuration Lightweight Comfortable for extended carrying Easy access to essential gear Don’t Like Clothing straps allow clothes to move in backpack mode Expensive Despite the global COVID-19 pandemic, there are still many of us that have continued to travel as part of essential […] 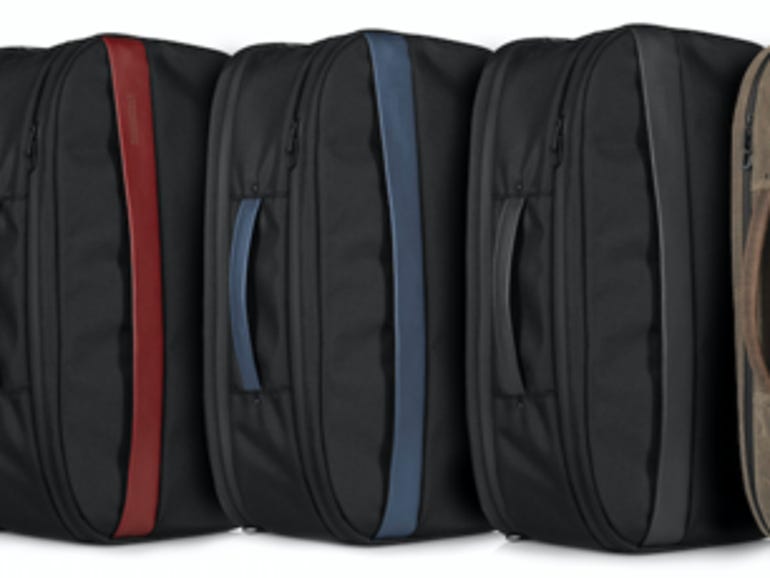